Warning: this post is a bit of mid-summer boondoggle and contains no financial planning wisdom whatsoever.

The monsoon season in Arizona is in full swing and I decided to take a look at how current patterns compare to the historical rainfall. Around here you always hear about how monsoons aren’t as good as they used to be, so let’s see what the data tells us.

Exhibit 1 shows annual monsoon rainfall (June through September) in Tucson for the past 120 years. There doesn’t seem to by any apparent pattern, it ebbs and flows with wet and dry years interspersed throughout the century. The dotted red line is the trendline for the period and it actually has a slightly positive slope, which means the average precipitation amount has increased over the years. 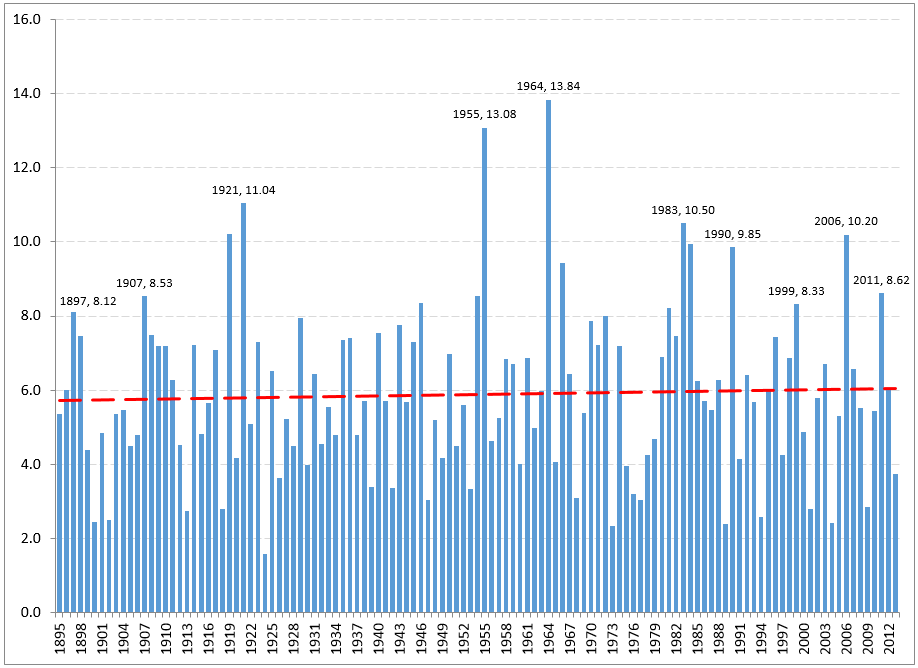 Here is the same data broken down by decade (Exhibit 2). Once again, the amount of rainfall has stayed remarkably consistent. Sure, 2000’s were a bit dry but so we few other decades with 1970’s coming in lowest. 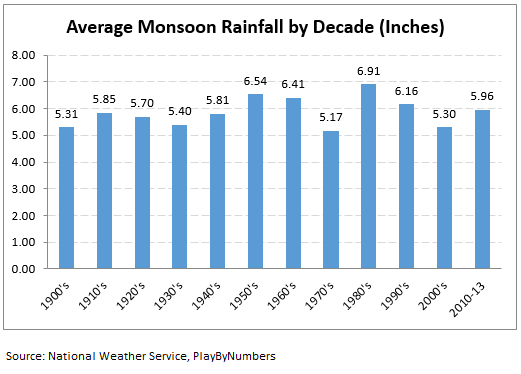 Ten wettest and driest monsoon years are shown in Exhibit 3. Since 2000, we have seen two of the highest rainfall years and two of the lowest. 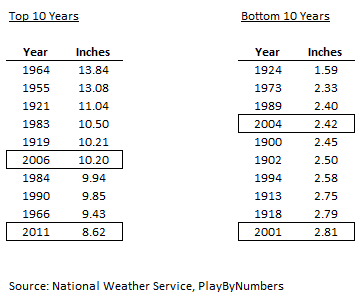 Just in case you were wondering, Tucson has the highest average monsoon levels among the major Southwest cities (Exhibit 4). Our friends in Phoenix get less than half of our rainfall.

They data I analyzed does not support claims of the declining monsoon rainfall in Tucson. If anything, there is a slight uptrend over the last century plus.

You can find these data and much more on the National Weather Service website:

Here is the explanations of the monsoon mechanics: