In the past few years I did some posts looking at historical Monsoon rainfall in Tucson.  Let’s update the 2019 numbers, a little late but here it goes.

First, let’s look at monthly rainfall in 2019 compared to Normal (Exhibit 1). Overall, this season was about an inch or 17% under the normal levels. June – August were well below normal while we played catch up in September. November saw heavy rainfall, but that’s technically outside of the monsoon season…

Here is an updated long-term chart with a trendline in red (Exhibit 2).  We are somewhat below the trend but nothing dramatic. 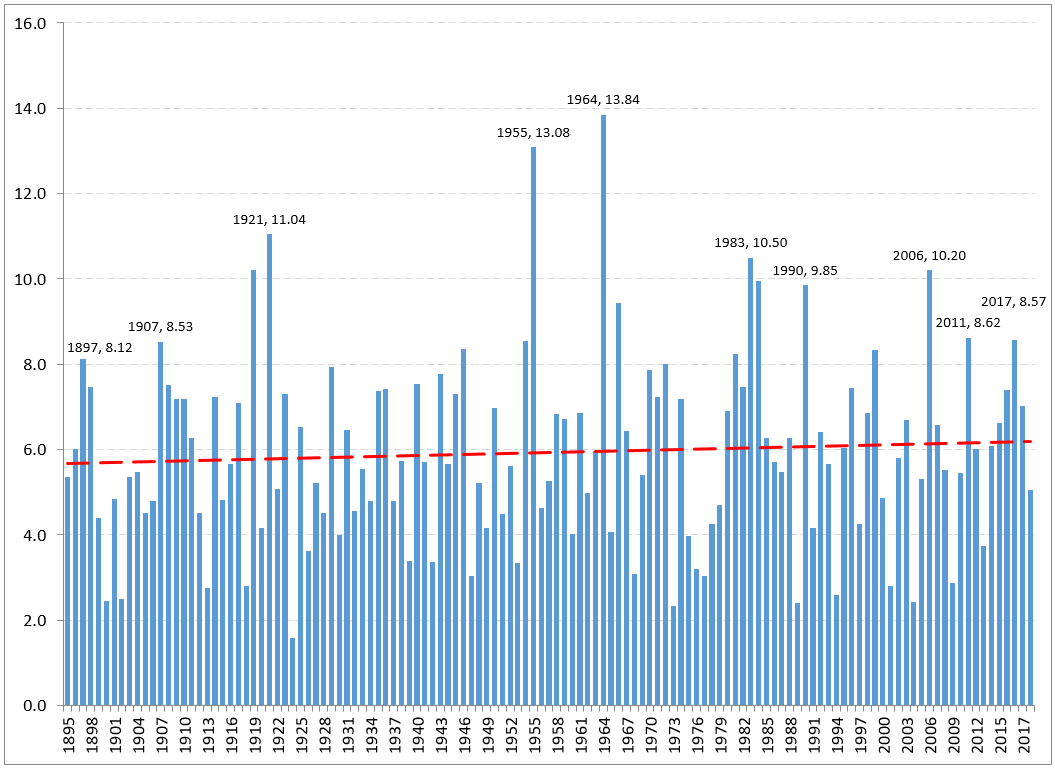 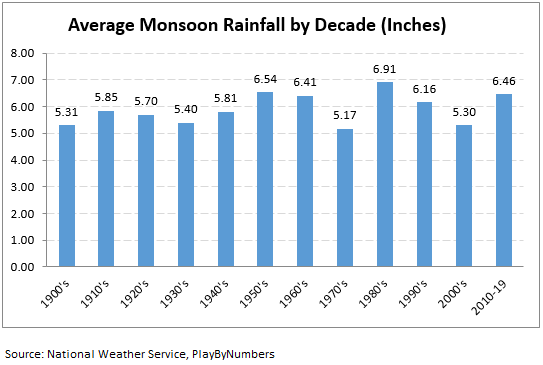 And lastly, a comparison of 2019 season among major Desert Southwest metros (Exhibit 3). From this perspective, Tucson’s 17% shortfall looks pretty good compared to the other parched cities – Phoenix was 76% below normal at only 0.66 inches! 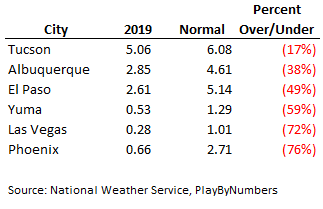 Overall, it was a fairly unremarkable monsoon season, really nothing to write home about – thus the short note. Happy Thanksgiving everyone (rain projected)!