In the past few years I did some posts looking at historical Monsoon rainfall in Tucson.  Given a lot of positive feedback let’s update the 2018 numbers.

First, let’s look at monthly rainfall in 2018 compared to Normal (Exhibit 1). June was quite rainy (9th wettest on record), followed by relatively normal three months. Overall, 2018 season was about an inch or 15% over normal.

As an aside, we have seen a lot of rain since the monsoon season officially ended on September 30th. Through October 23 we are at 2.87″ for the month or 3.2 times normal rainfall of 0.89″. It should be the 5th wettest October on record!

Here is an updated long-term chart with a trendline in red (Exhibit 2).  We are slightly above the trend but nothing spectacular. 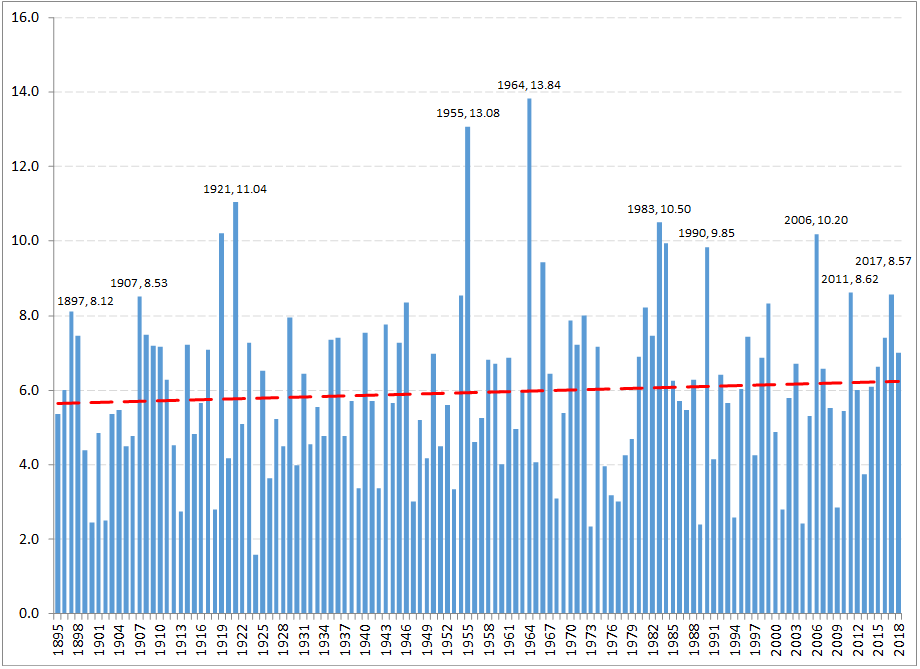 And lastly, let’s look at 2018 season among major Desert Southwest cities (Exhibit 3). Tucson and ABQ did better than their averages, with the other cities coming below normal and Yuma/El Paso being especially dry. 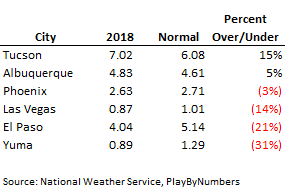