In the past few years I did some posts looking at historical Monsoon rainfall in Tucson.  Given a lot of positive feedback let’s update the 2017 numbers.

First, let’s look at monthly rainfall in 2017 compared to Normal (Exhibit 1). We saw no rain at all in June but then the skies opened up next month for a wettest July on record! August was middle of the pack and September ended up being a dud.  Another way to look at it is the “Haywood plot” from NWS (Exhibit 2). At one point in early August, 2017 season was second rainiest on record but then it tapered off and finished as the 11th wettest since 1895. Pretty good, but nothing truly special. 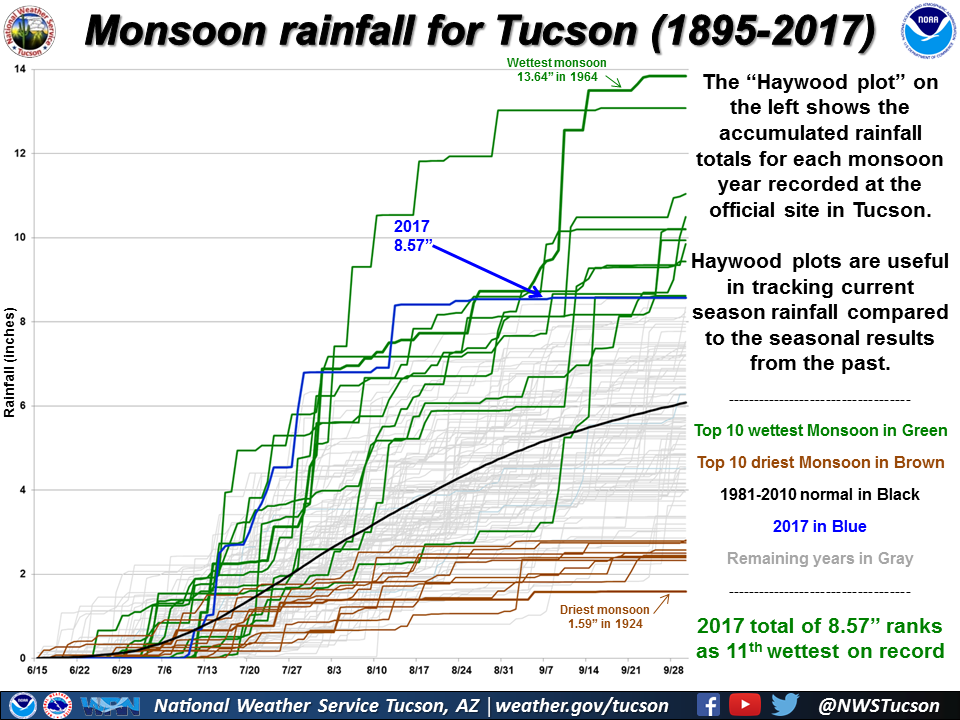 Here is an updated long-term chart with a trendline in red (Exhibit 3). 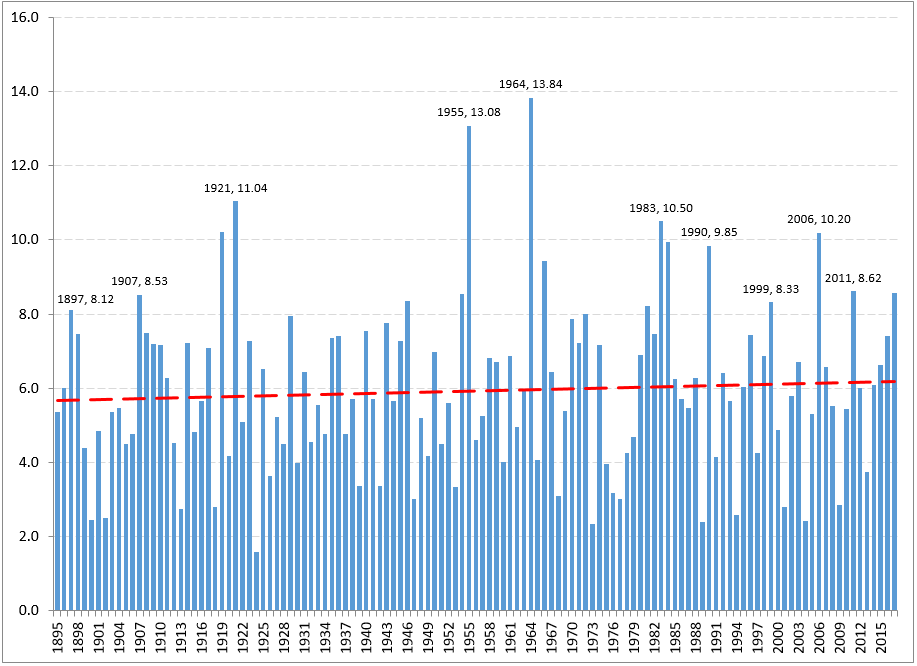 And lastly, let’s look at 2017 season among major Desert Southwest cities (Exhibit 4). El Paso, Tucson and ABQ did better than their averages, with the other cities coming below normal and Yuma being especially dry. 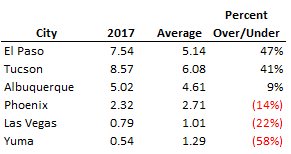