I did a post last summer looking at historical Monsoon rainfall in Tucson. I got a lot of positive feedback on it so I decided to update the numbers now that 2015 season is in the books.

First, let’s look at monthly rainfall in 2015 compared to normal (Exhibit 1). August was slower than usual, but a wet September more than made up for it.  Overall, we came in about 0.55 inches or 9% higher than average.

Here is an updated long-term chart with a rising trendline in red (Exhibit 2). 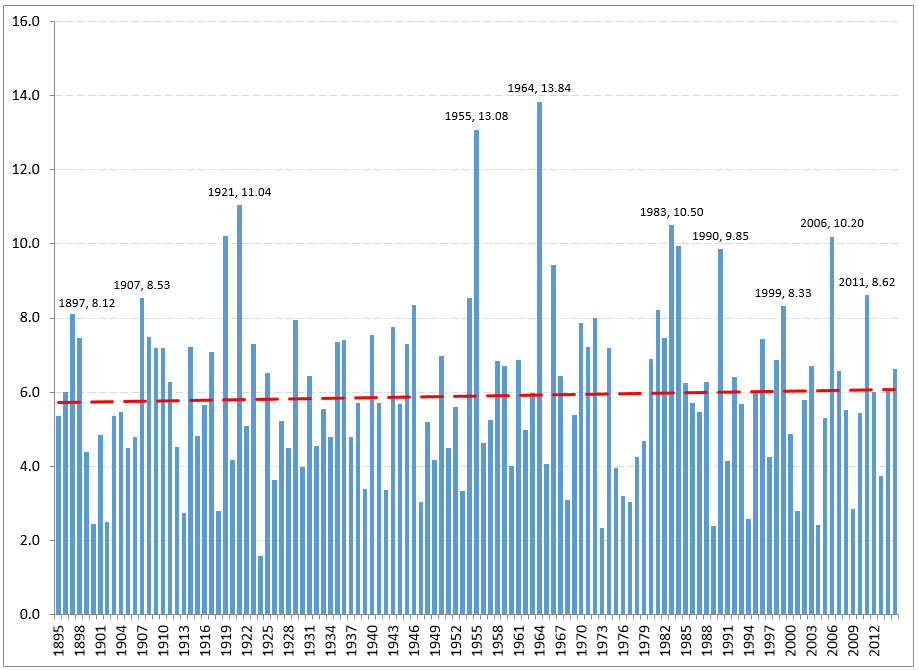 And lastly, let’s look at 2015 season among major Southwest cities (Exhibit 3). Our friends in Phoenix got 3.29 inches or 21% more than usual. Tucson and ABQ were 9% above normal, while Yuma and Vegas had even less rain than their already meager averages. 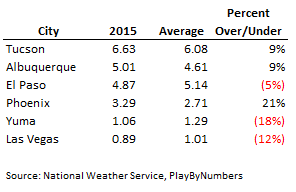