A common financial planning question is whether one should invest a large cash “windfall” as a lump sum or spread it out over some time period.  This applies to a variety of situations such as inheritance, life insurance proceeds, bonuses, sale of a business or real estate property, etc.

There are many considerations affecting such a decision: math, psychology, risk tolerance, market outlook and so forth.  In this post I will focus on one question – are you mathematically better off investing as a lump Sum or dollar-cost averaging (DCA).  As is true with the vast majority of financial planning topics, the answer is: “it depends”.

Here are the rules for our little experiment:

Exhibit 1 shows the calculation for 2012 as an example.  Both methods start January 1 with $100k.  The monthly balances change as the cash is invested and the market ebbs and flows.

At the end of the year we have a balance of $105,341 using the DCA and $115,988 under the lump sum method.  Let’s introduce a concept I’ll call “DCA Advantage” – that is the percentage difference of the ending balance between the two methods.  It can be calculated as follows: 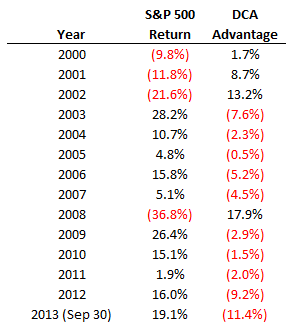 Based on this sample, we can draw some conclusions:

Another observation is that the sequence of monthly returns matters quite a bit.  For example, 2010 and 2012 had very similar annual returns for the index, but the DCA Advantage metrics were quite different (-1.5% vs -9.2%).  In 2010, first six months of the year saw a negative return with a big rally in the back half of the year.  2012 was more uniform in the monthly return distribution (Exhibit 3).

Another way to look at the return sequence and how it impacts DCA Advantage is presented in Exhibit 4.  The bars represent monthly percentage return, blue line is the month-end balance under DCA and orange line is the balance for Lump Sum method (both start the year at $100k).  You can see that the Lump Sum orange line gets ahead nicely in the beginning of 2012 and the difference remains significant throughout the year. 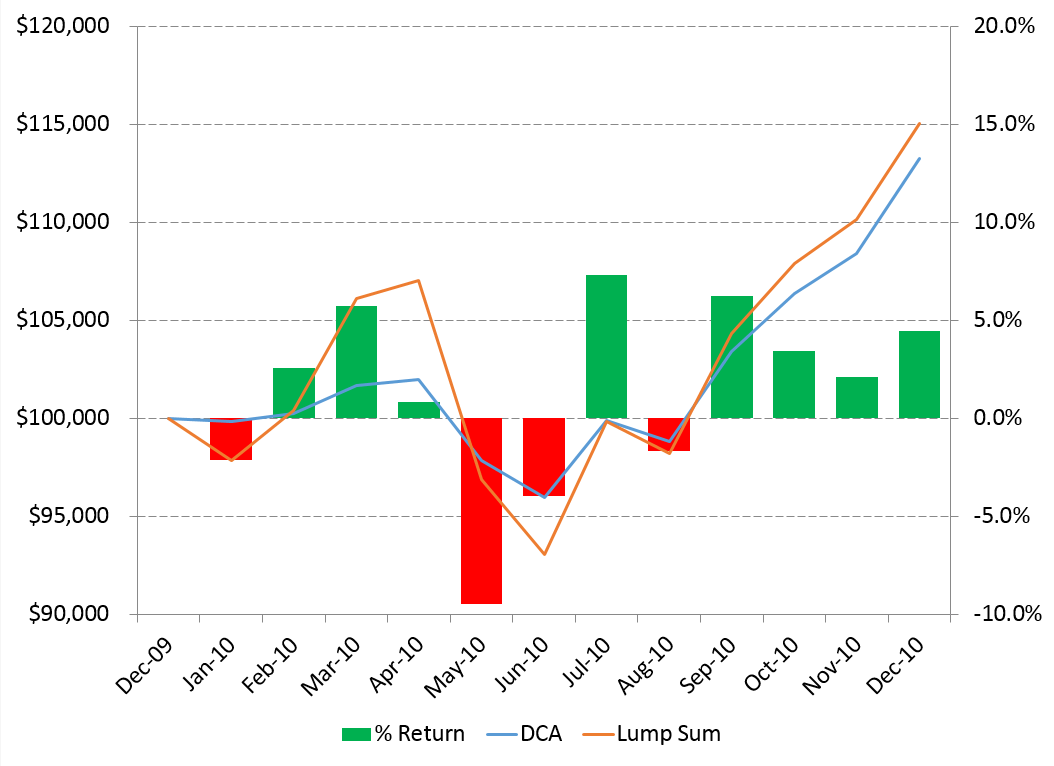 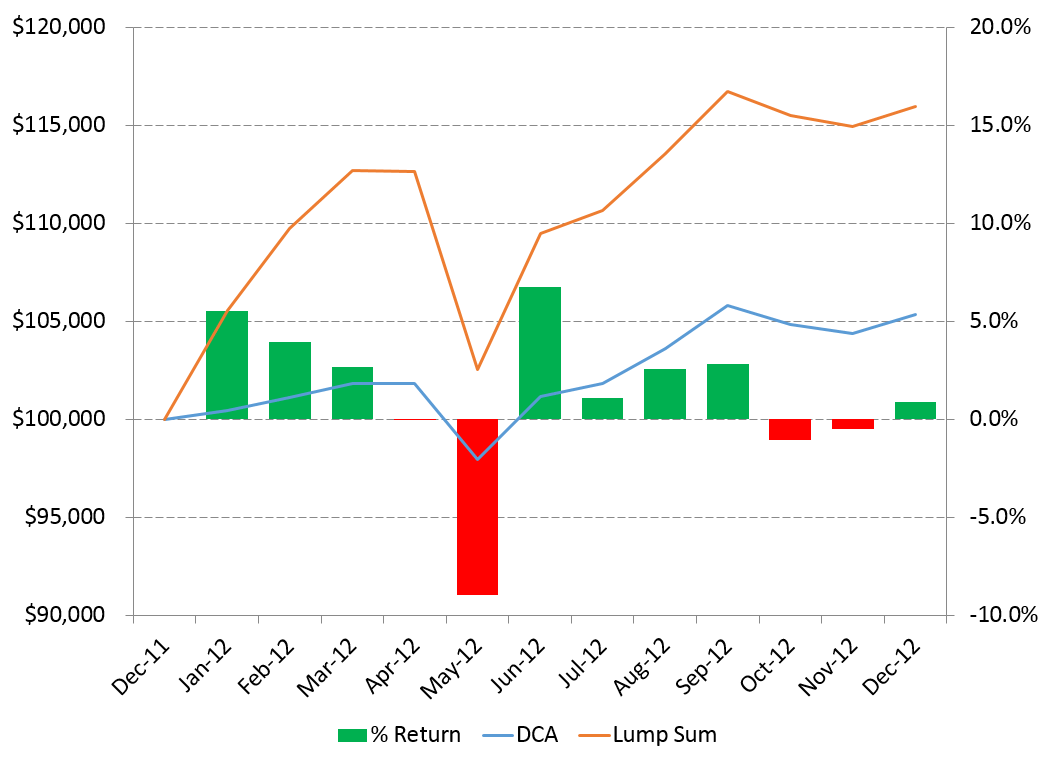 Based on this mathematical analysis, in positive years investors are better off putting their money to work as a lump sum.  Of course, we never know ahead of time whether the S&P 500 will go up or down in any given year.  However, the market has a strong upward bias and has gone up about 80% of the years (Exhibit 5).  Thus, Lump Sum should always be the preferred investment method.

This analysis doesn’t take into account the psychological aspects of investing a large sum of money.  In the next post I will explore that side of the argument as well as analyze the long-term impact of dollar-cost averaging on your portfolio.