I got a lot of feedback on the post about Corporate Bonds. Related to that article, I wanted to post some of the work I’ve been doing analyzing stock market sector composition, how big each one is and what’s actually in them. It’s important to know what you are actually buying, be it Total Stock Market Index or Sector ETFs. I’ll use SPDR Sector ETFs (Spiders) for my analysis since they are the largest and most followed sector products on the market. Essentially they take the S&P 500 index and break out underlying 500 stocks (actual number is 505) into 10 component sectors.  Exhibit 1 shows SPDR sectors sorted by market size. It also shows some size stats based on market capitalization (#1 in each columns highlighted in green, #10 in orange). Technology is by far the largest sector and it only keeps growing relative to the rest of the market. The average market cap of its top 10 holdings is $412 billion or over two times that of the runner up Financials at $192 billion! Bottom three sectors are pretty small at 3%, but Utilities and Real Estate are still attractive to income investors.

Now let’s dig into each fund to see what’s driving them. Exhibit 2 shows top 20 companies in each sector so you can see what you are actually buying when investing in these funds. Here are my random thoughts and observations on each sector:

If you are interested in how sector weights have changed over time, Bespoke has some cool analyses here. 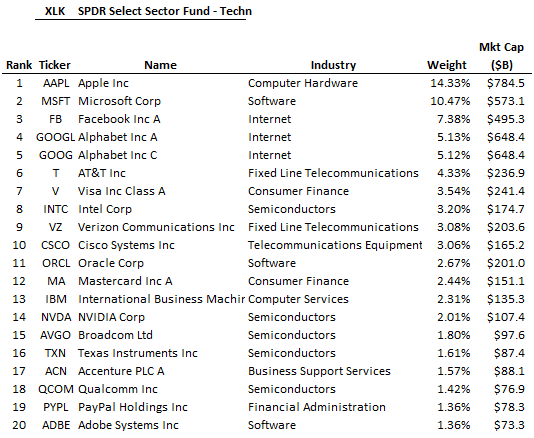 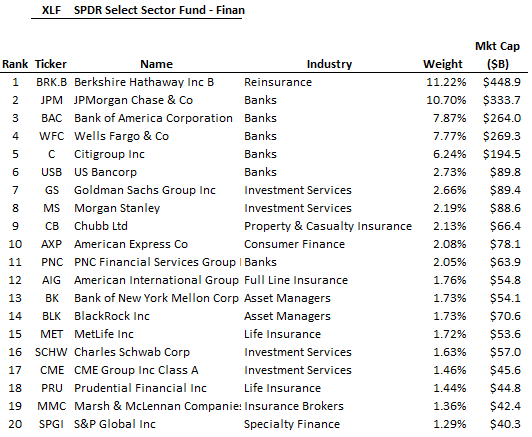 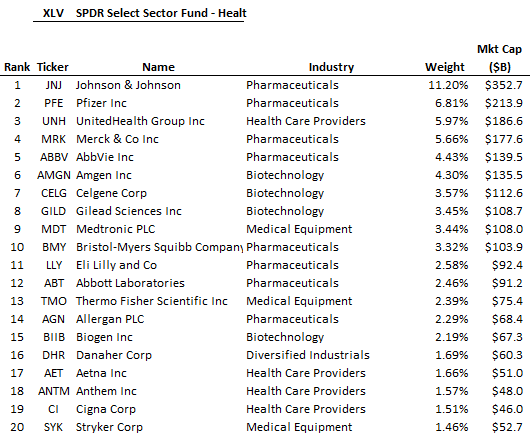 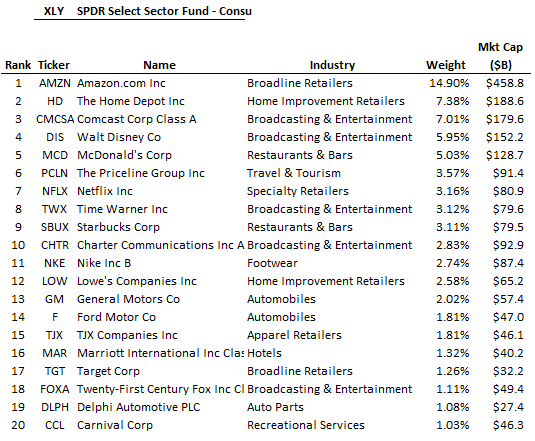 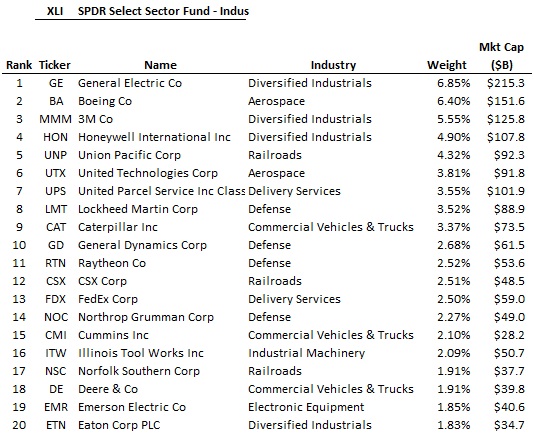 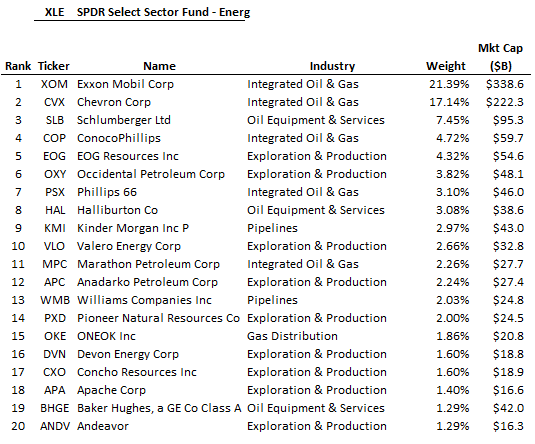 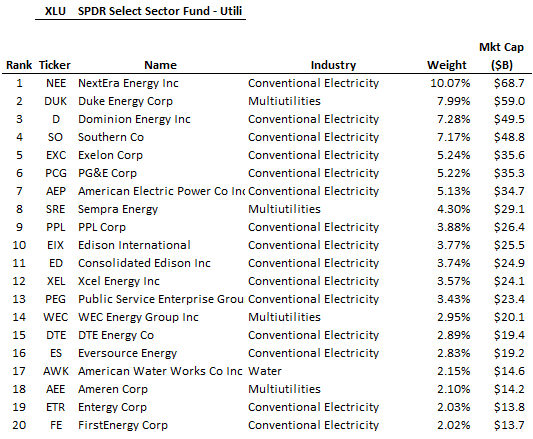 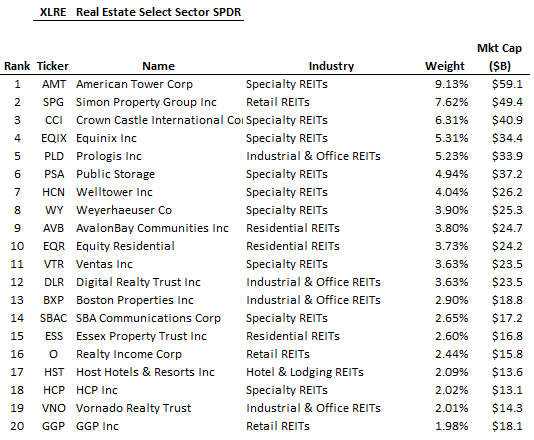 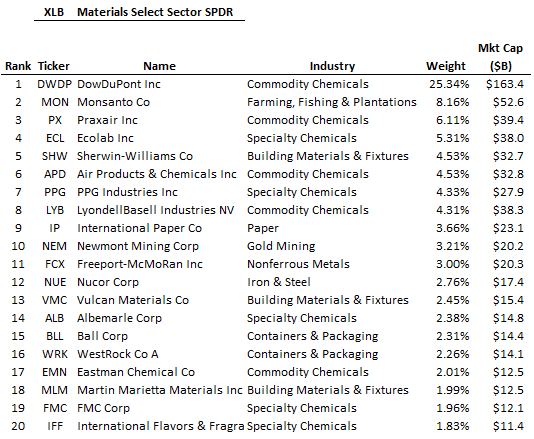