2016 started with the worst first week for the market ever.  Things continued to get worse and culminated (so far!) on February 11 with S&P 500 11.4% below where it started the year. Everybody was freaking out and calling the end of the world (China! Oil! China! Ouchie!).  Things have improved quite a bit since then, but investors are still very skittish.  I wanted to see if history can tell us where we go from here.

Let’s take a look at the busy chart below.  These are intra-year returns from 12/31 close of the prior year (other analyses may focus on the range from high to low within a year). Red bars are returns from the start to the lowest point of the year, green bars are to the highest, blue dots are the closing returns for that year.  Then we have the dotted lines which represent the average for the metric with corresponding color (green for average high, blue for average close and red for average low). 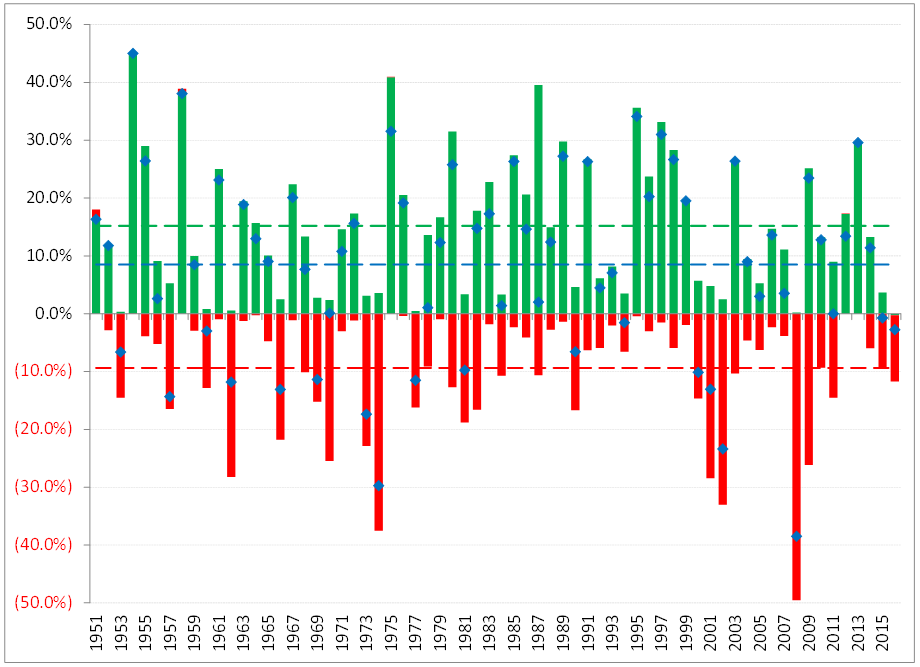 Some interesting observations from the analysis of these data:

Lots of data there, but not sure if it really tells us much of anything. The 2016 pullback magnitude is towards the higher end and it may augur a less than stellar year.  However, the data is far from conclusive and personally I would put it in the “mildly interesting but not terribly useful” file.