In the last two posts, we analyzed the global population growth and migration statistics at the country level. In part 3 of the series we’ll roll it up to the regional basis. Before we get into the numbers, I wanted to show how Worldbank breaks down their regions and which countries are the main drivers for each group. Exhibit 1 shows top 10 countries for each WB region and their 2013 population. That will come in as a handy reference when you try to picture the broad trends in the tables below. 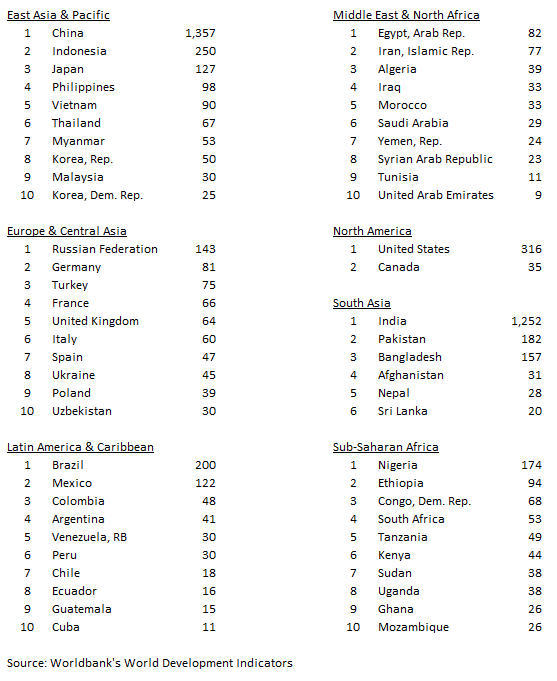 Exhibit 2 shows regional growth over the past 10 and 20 years. Populations of Africa, Middle East and South Asia increased quite a bit. More developed regions were fairly stagnant with Europe only growing 5% over 20 years! Another way to slice it is by income level – basically the lower the income the faster the population growth. Hopefully, their income catches up to us before their massive populations decide to do something drastic about this lopsided wealth distribution!

Exhibit 3 looks at the same groups from migration perspective (2012 is the base year here as those are the latest available migration numbers). In the past 10 years almost 33 million people moved between various regions. As one would expect, people moved to Europe, North America and to a smaller extent Middle East from the less developed locales. On the income segmentation, 41.4 million people moved from lower income countries to the high Income ones. So economic migration is alive and well as people continue to seek better lives for themselves and their families. Yet, migration out only offset a very small percentage of the 752 million(!) natural population growth in those low and mid income segments.

Again, there is no immediately actionable advice here, but over time these sorts of global trends shape the investment landscape.