World news is dominated by scary headlines: Ebola, Ukraine, ISIS, Arab Spring aftermath and the list goes on. It all got me thinking about what the current world population dynamics look like. Worldbank has a ton of figures available online so instead of throwing 50 dense tables into one gigantic post, I’m going to do a series of short ones. Over the next few weeks, I plan on taking a look at statistics that I personally find interesting and/or surprising.

To start with, let’s see what the world’s most populous nations today are and how fast they are growing. Exhibit 1 shows all countries with population over 30 million people as of 2013. China and India are at the top followed by the United States. After that the ranks are dominated by developing countries across all regions of the world. One surprising factoid for me was that U.S. outgrew China over the past 10 and 20 year. I guess population control policies there worked pretty well (maybe too well based on recent demographic issues). 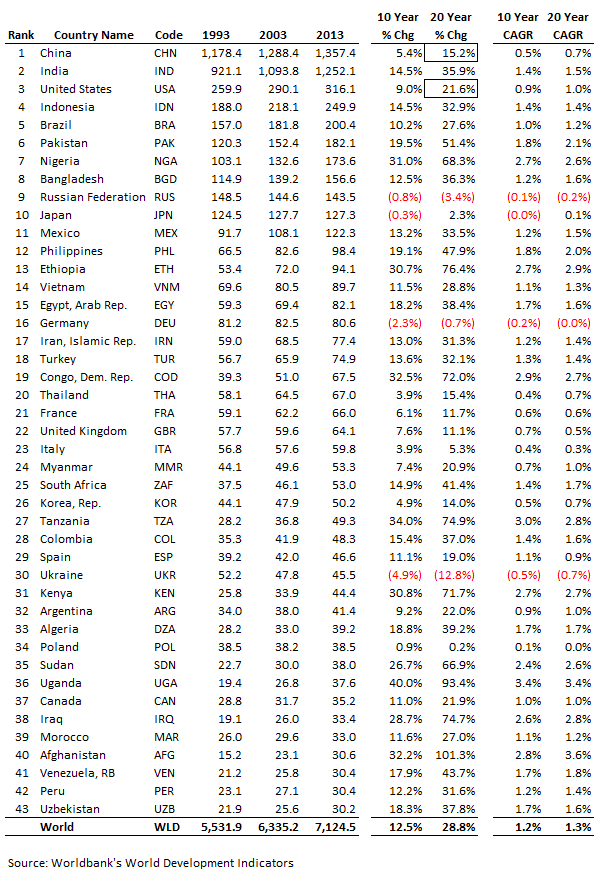 Exhibit 2 shows the same set of countries, but this time ranked by 20-Year growth percentage. This version is dominated by African and Middle Eastern countries (many of which don’t particularly like us).

At the risk of sounding insensitive (which I’m not), it is amazing to me that the two countries that have been embroiled in war with the U.S. and intense internal strife are near the top of the list. Namely, Afghanistan and Iraq managed to grow their population 2.5 times faster than the world despite massive loss of life and significant emigration.

Canada, United States and other large developed countries are near the bottom of the list. Interestingly, former communist states share the basement with Germany and Japan. Demographics play important role in health of the national economies and potential investment returns. Countries like Germany and Japan have obviously figured this out long ago and today sport export-oriented economies. 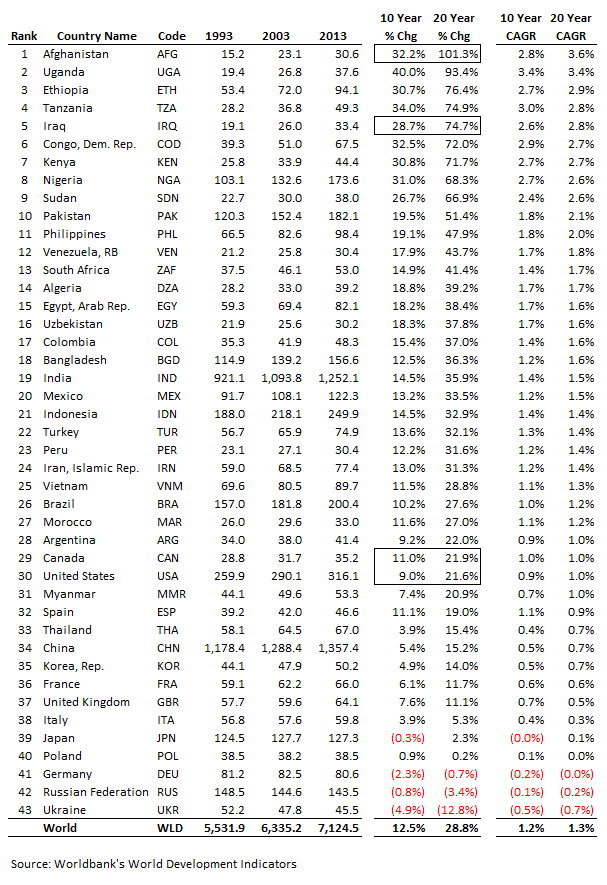 All of these numbers represent total population changes that includes natural growth as well as migration. In the next post we’ll try to look at net migration and how it affect various countries.