Or day 1 of the rest of our investing lives… So it happened yesterday (March 21), U.S. stocks went down by more than a fraction. As Briefing.com put it “The S&P 500 settled lower by 1.2%, marking the first time since October that the index closed with a loss of more than 1.0%. That streak is the longest since 1995.” Even more dramatically, financials were down 2.8% (worst since Brexit vote) as were small cap stocks (worst since early September).

Some of the other headlines from Wall Street Journal: “Stocks Post Biggest Drop of Year as Trump Trade Stalls”; “Policy Worries Percolate”; “Has the Bullishness Peaked?”

OK, so it DID happen and there ARE growing concerns that Trump’s tax reform, deregulation and infrastructure spending plans are being pushed out. But let’s put yesterday in some context from recent history. Exhibit 1 shows daily percentage change for the S&P 500 index (i.e. the market) going back to June 2015. It is true that the last decline of 1%+ was back on October 11 and yesterday was the worst day since September 9. However, it’s clear that 1% down days are much more common than they have been lately. 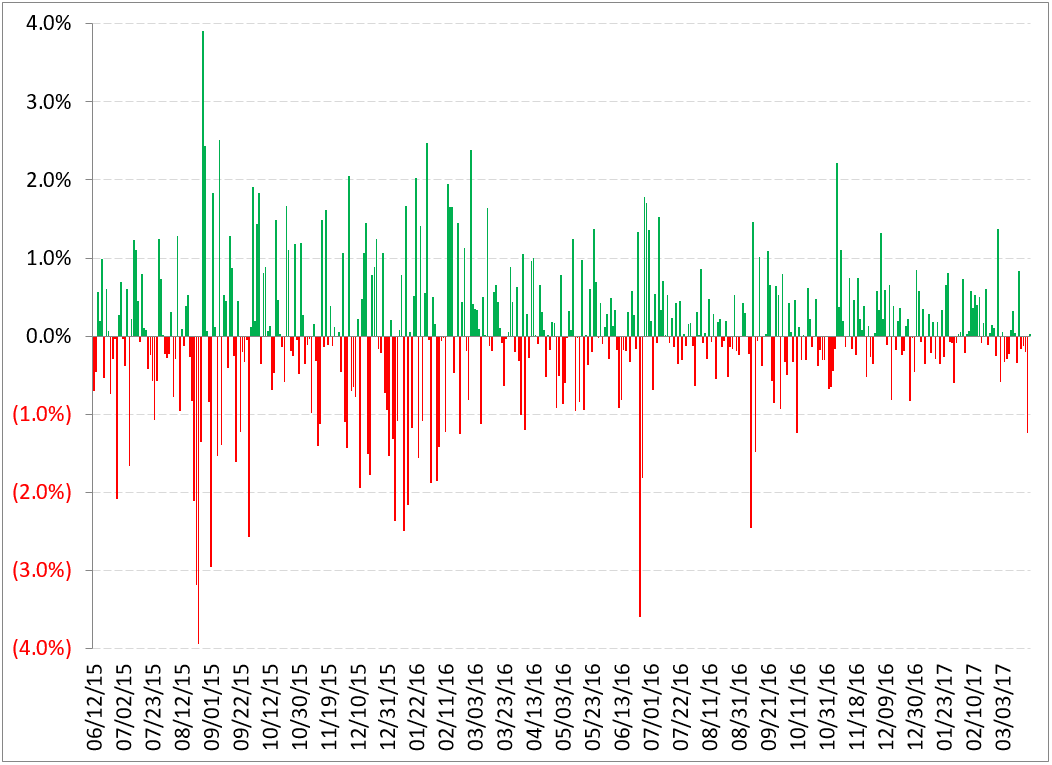 Another way to look at “market stress” is how far we have come off recent highs (Exhibit 2). Going back to October 2015, we had a good selloff in early 2016, another one after the Brexit vote and then came off almost 5% going into the election. Since then we have been hanging within a percent of all-time highs. So the current reading of 2.2% seems unusual, but it’s not – it’s really quite mild. 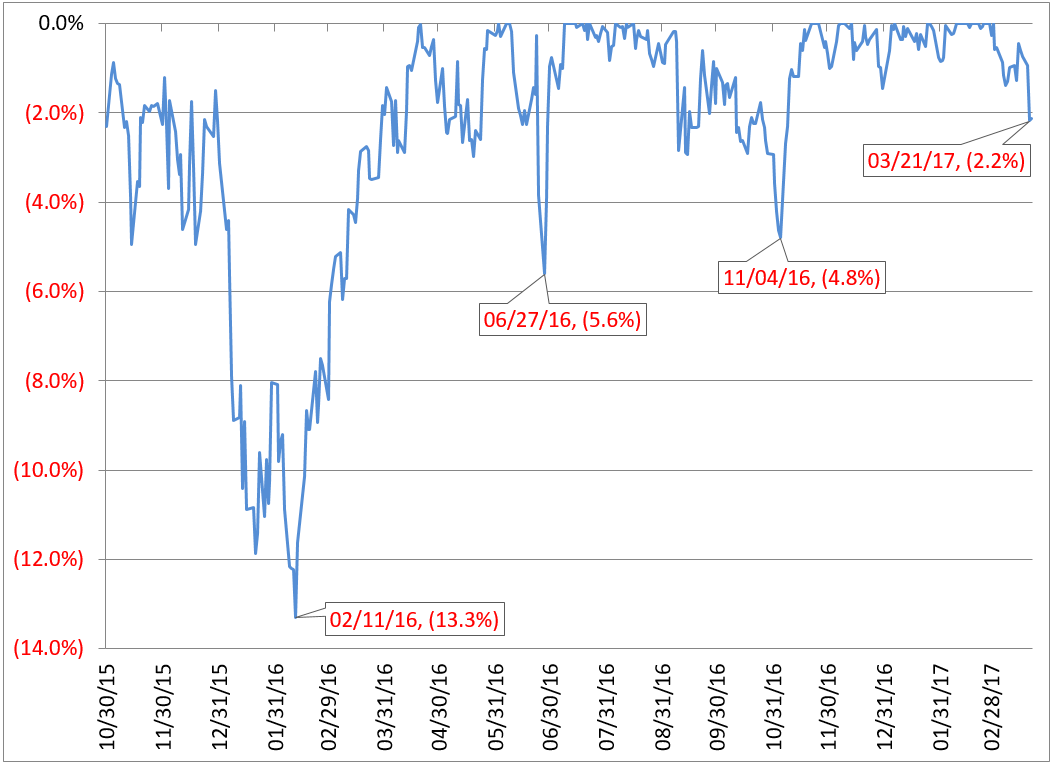 Conclusion
Yes, the market is having second thoughts after getting ahead of itself with the enthusiastic “Trump trade”. This is just a normal process of re-calibrating economic prospects and correcting back to reality. The recent lull of volatility has been an aberration and having more downs as well as ups is the norm. It’s not the end of the world and we don’t recommend making any reactive changes in your portfolios. This might be the start of a deeper correction (which is also OK and normal) or it might pass in a few days, either way you should stick to your long-term plan.