In the last post I explained how stock returns can be explained by earnings growth and changes in P/E multiples. Josh Brown had a similar post on his Reformed Broker blog (“Earnings drive the market” LOL) that got me thinking about other ways to show this relationship. Frankly, after trying dozens of approaches (index, smooth, correlation, R-square, inflation-adjustment, etc.) I couldn’t really come up with anything very compelling. So what follows is my best attempt to take a look at the long-term relationship between earnings, prices and P/Es.

For this analysis I’m using Online Data by Robert Shiller. The data goes back to 1871 and was used in his seminal book “Irrational Exuberance”. Exhibit 1 shows S&P Price, Earning and P/E ratios on the logarithmic scale. They are indexed starting with 100 in 1871. There appears to be relatively clear relationship between price (blue line) and earnings (red line). While P/E multiple has been slightly trending up, it generally oscillates back and forth based on the investor sentiment (Exhibit 2). Please note that these P/E ratios are based on reported earnings and will be different from my last post which used operating earnings data from S&P. 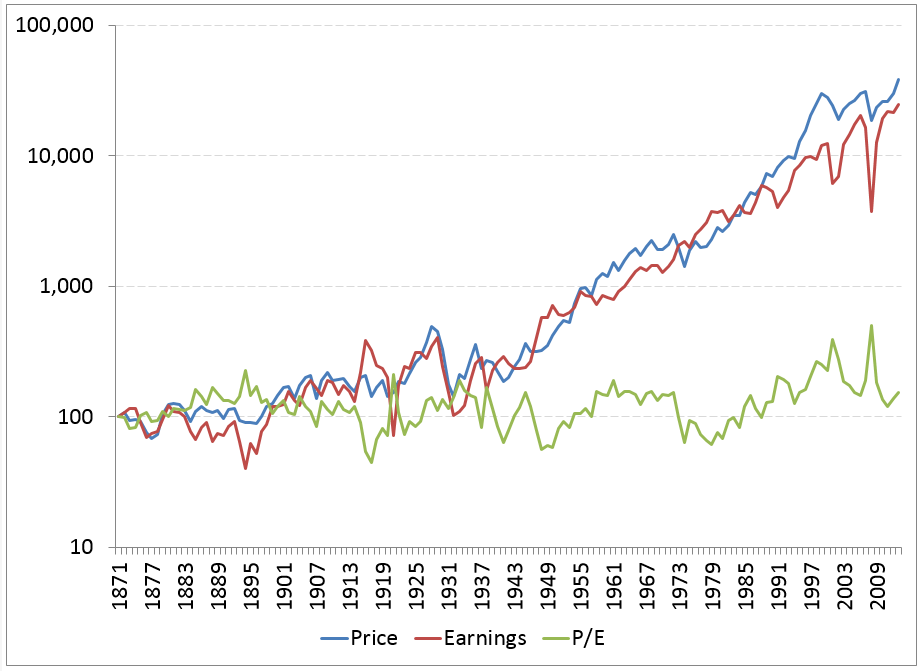 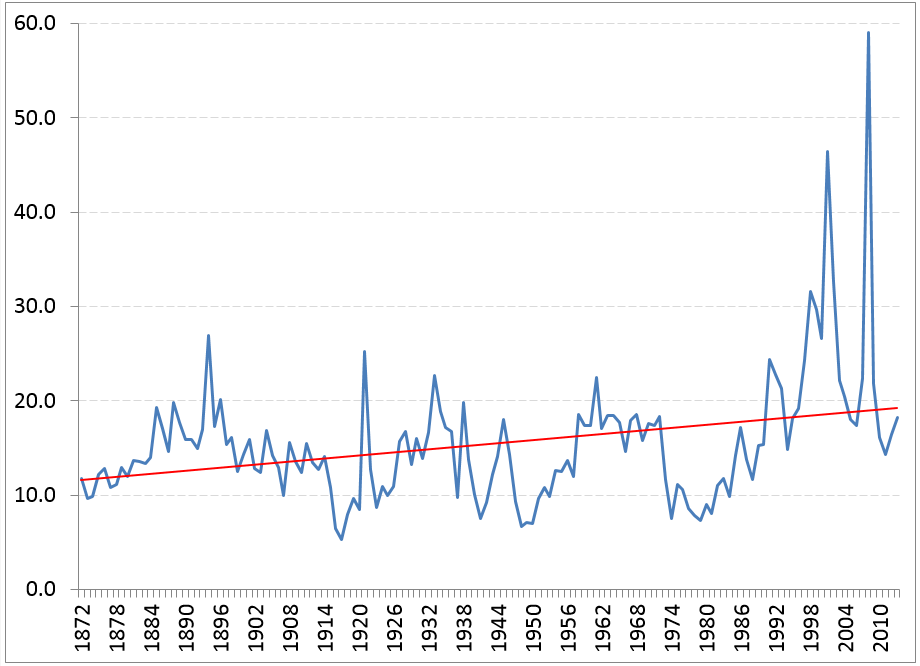 Another approach would be to look at the rolling 10-year correlation of S&P Returns with Earnings Growth and Annual % Changes in P/E Ratios. This allows us to step back from the exact relationship for each year as described in Reformed Broker post and analyze it in 10-year increments. The calculation is a little convoluted so I’ll attempt to explain it in Exhibit 3. Columns 2-4 have the raw metrics, I then calculated the Year-Over-Year % Change for each of them in columns 5-7. The final calculation is the correlation over the last 10 years between 5 and 6 resulting in column 8; then between 5 and 7 for column 9. A quick refresher: a positive correlation means the two variables move together, while a negative correlation indicates that they move in the opposite directions. A higher correlation number (positive or negative) means that the relationship is stronger.
Exhibit 3 – Calculating Rolling Correlation Example 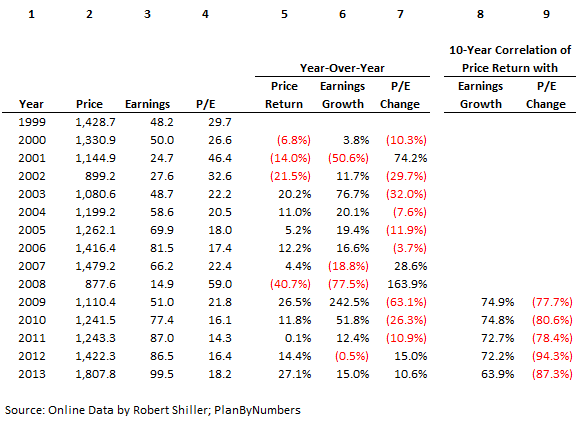 The resulting chart is shown in Exhibit 4 with blue line representing column 8 and red line showing column 9. As is often the case with correlations, it changes over time going from positive to negative relationship several times over the 150 years. Interestingly, from 1975 to 2000 earnings had negative correlation with prices while P/E was strongly positive. This would suggest that the index was driven by expanding P/E ratios while earnings growth wasn’t as important. Than in 2000 there was an abrupt change in regime and earnings became an important driver of index performance. At the same time, P/E ratio correlation plummeted and turned strongly negative. This situation peaked in 2008 and has been slowly abating since. 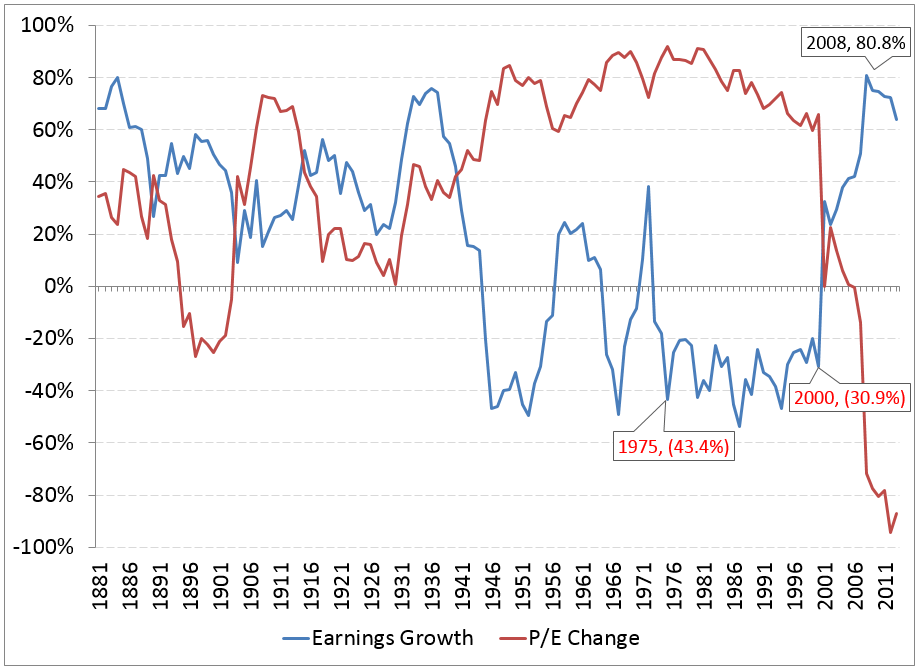 Conclusions
I realize that this analysis was not highly scientific, but the general takeaway is that: Yes, over time there is a positive relationship between earnings growth and index returns.  Market’s mood does change and sometimes it cares more about P/E multiples while others are driven by earnings growth.