Wow, what a day in the markets! British voters unexpectedly delivered “Leave” verdict and threw global financial markets into chaos. Before we get into any analysis, I would like to note that we didn’t make any trades for our clients today and I would caution investors to avoid knee-jerk reaction. Yes, the markets had a VERY bad day  Yes, the selloff might continue over the next weeks/months. However, investors should focus on their personal situation and not let the headlines lead them to decisions they might later regret. For context, a typical diversified 60/40 portfolio represented by Vanguard LifeStrategy Moderate Growth Fund (VSMGX) was down 2.81% today and down 2.03% for the week.

Let’s commemorate this momentous occasion by updating the performance tables we looked at couple of weeks ago: 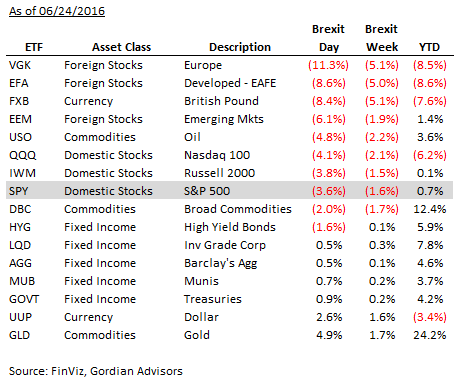 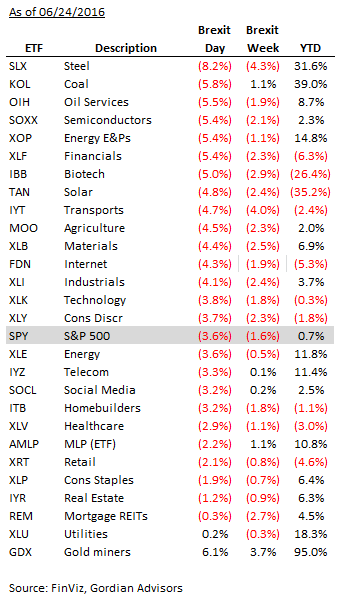 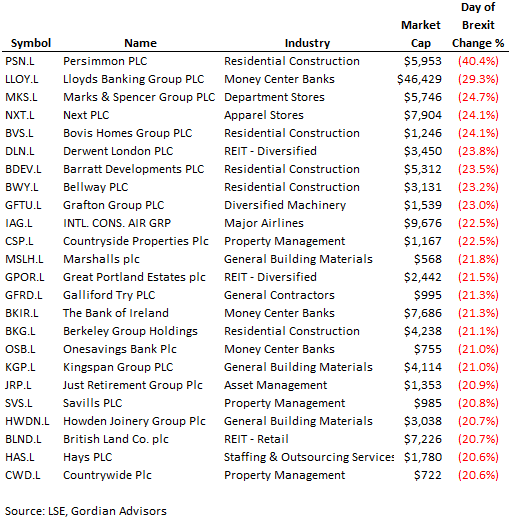