Continuing with my 2019 year-in-review series, let’s take a look at U.S. sectors and industries. Cyclical sectors had a banner year lead by semiconductors, broader tech and homebuilders (Exhibit 1). Their 10-year returns are also quite impressive. Pretty much every area had double-digit returns. Even struggling retailers posted 14%, although their 3- and 5-year numbers are still very bad. Energy was at the bottom of the table (look at those longer-term returns!). Exploration & Production segment was the only negative area in 2019 driven by natural gas oversupply caused by the fracking boom. 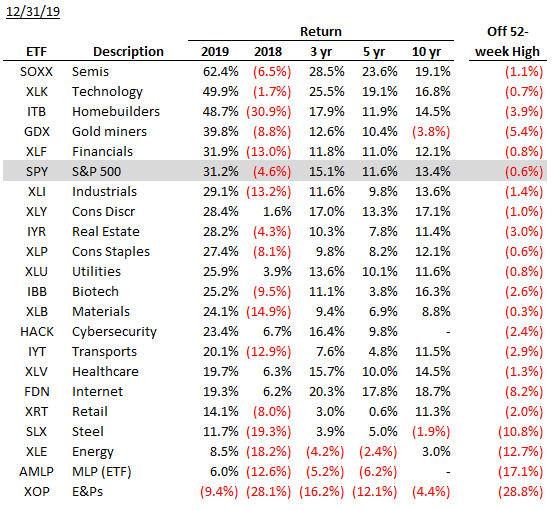 Let’s take a look at some individual stocks. Exhibit 2 shows 20 best performing companies in the S&P 500. A ton of semiconductor stocks which are very sensitive to the economic cycle. Pretty similar to last year’s table – in fact, AMD was the best performer two years in a row! There are also some story and turnaround stocks like Target, Chipotle and Apple (which is worth over $1.4 trillion now!) The laggards are a mish mash of energy, retail, healthcare stocks as well as an airline and a struggling asset manager (Exhibit 3). 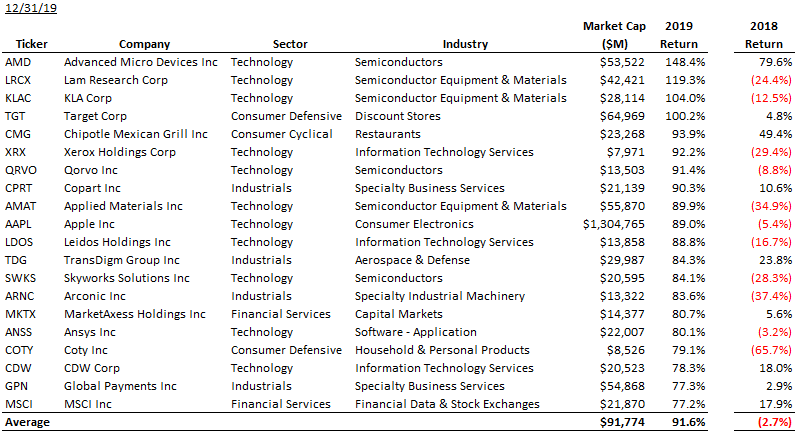 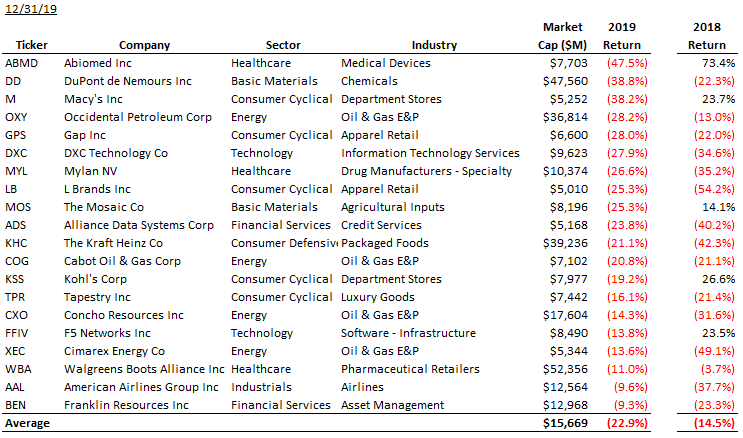 On the international front, surprisingly Greece, Russia and China lead the world last year (Exhibit 4). Although they don’t look so good on longer timeframes.  U.S. was in seventh place with a respectable 31% return. And it’s the best performer by far on a 10-year basis. The bottom of the table is full of mostly developing countries with a wide variety of specific issues. 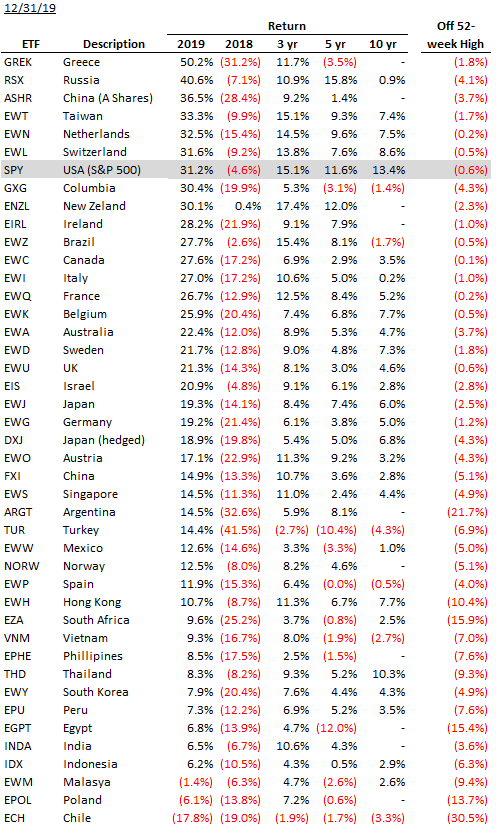