This time of the year I like to look through some of my performance spreadsheets to see how things are going in various investment areas. Here are some of my observations (all YTD Return numbers below are as of July 30, 2019):

• Every single major asset is up: stocks, bonds, gold, oil, dollar – exactly the opposite of last year
• Most assets are near 52-week (and all-time) highs as seen in last column
• Domestic stocks are still the best game in town outperforming everything else
• Oil is having a decent bounce but it comes after years of pain and still 26% off recent highs
• Foreign stocks are doing ok if not as well as the domestic counterparts
• All manner of bonds are up (more detail later) as interest rates decline
• Other “Safe Havens” of gold and dollar are doing well also

• Various tech and consumer areas are still in the lead
• Despite the trade wars industrials and materials are doing fine
• Energy is still a train wreck it’s been for years
• Cycle-sensitive group like Homebuilders, Financials and Real Estate are also holding up
• Healthcare is under pressure with regulatory & political uncertainty 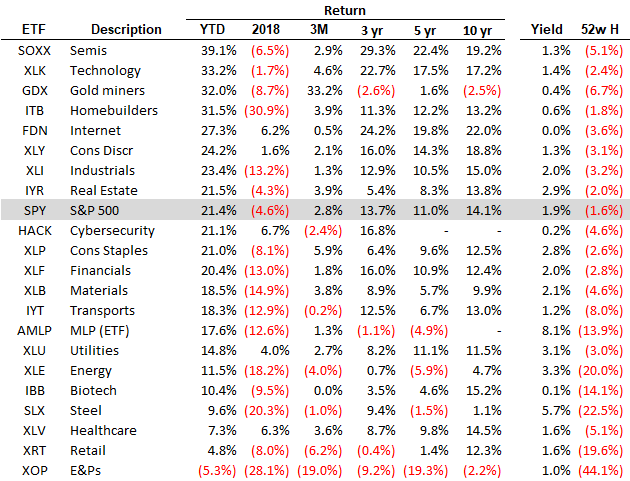 • Of the major countries China and Russia are doing best (so Un-American!) followed by the US and Canada
• Even Europe is doing ok despite Brexit and assorted continental issues, some of it is just their currency weakness 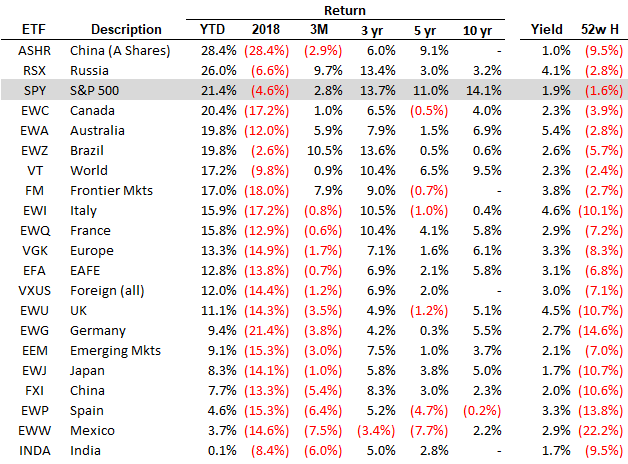 • In the bond land riskier and equity-like instruments are doing best which is not surprising given stock performance
• However, safer rate-sensitive groups are also up nicely as the 10-year rate dropped from 2.75% in January to 2% in July
• 6% return on Barclays US Aggregate Bond Index is relatively high and hasn’t been seen since 2014 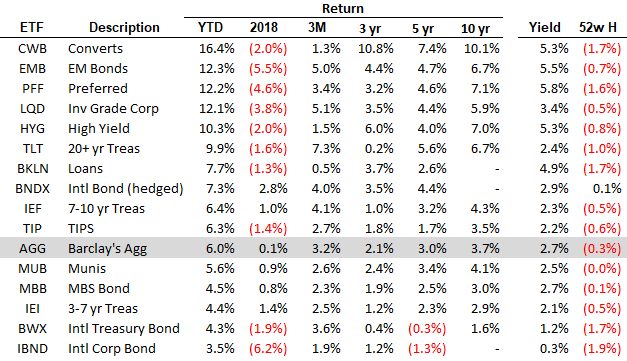