This time of the year I like to look through some of my performance spreadsheets to see how things are going in various investment areas. Here are some of my observations (all YTD Return numbers below are as of June 19, 2018): 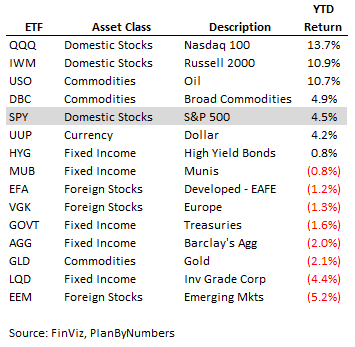 For more geographic detail, the charts below show U.S. stocks (red line) compared Foreign Developed (blue) and Foreign Emerging (green). First panel is absolute performance since Jan 2017 and second panel is relative to domestic stocks. International equities enjoyed a period of strong relative performance until beginning of April 2018.  Since then that trend reversed driven by rising dollar, political problems in the EU (Italy) and outflows from Emerging Markets as money flows back to increasing yields in the U.S. 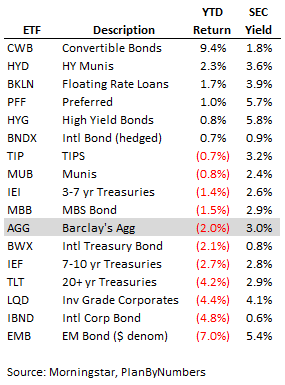