What a year 2017 was! Chock-full of political drama, natural disasters, terrorist attacks & shootings, and sexual harassment reckoning for many powerful men (and at least one woman). Exhibit 1 shows the weekly % changes in the S&P (green and red bars) and the level of the index (black line).  The annotations are the major stories of the year that [could have] affected the markets.  It’s not meant to be a comprehensive list, just my personal observations. 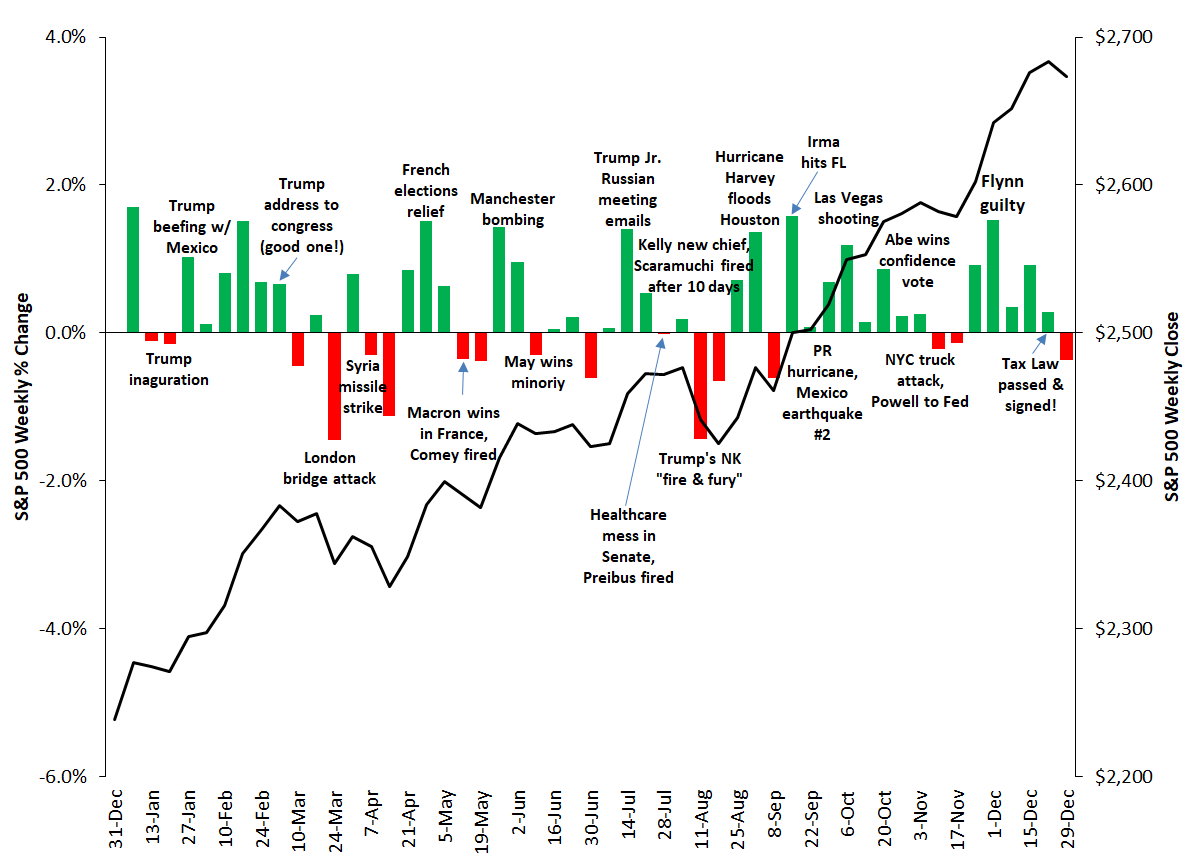 So how did the market react to all these events? With hardly a shrug! S&P 500 went up every single month (and 14 months in a row) and ended the year 21.8% higher. Surprisingly, that put it in only 67% percentile of annual returns since 1926, which means that about 1/3 of the time performance has been better than 22%! The biggest S&P pullback of 2017 was 2.8% in April, and another 2.2% in August. As you can see in the chart above, there were zero weeks when the market moved 2% up or down. For context, there were 10 such weeks in 2016, including a 6% drop and 4% rise. Volatility has been non-existent and paradoxically that’s making many people very nervous.