Continuing with my 2017 year-in-review series, let’s take a look at U.S. sectors and industries. Homebuilders and various flavors of tech companies had a great year (Exhibit 1). Solar, coal (?!?) and materials did pretty well too. Energy, telcos and retailers were on the other side of the spectrum. As short term rates continue to go up, income substitutes such as telcos, real estate and utilities are not keeping up with the broader market. Some of the 2017 results can be explained by mean-reversion from 2016, but momentum also played a role. Economic/rate cycle and the administration’s policies were big determinants of winners/losers in 2017. 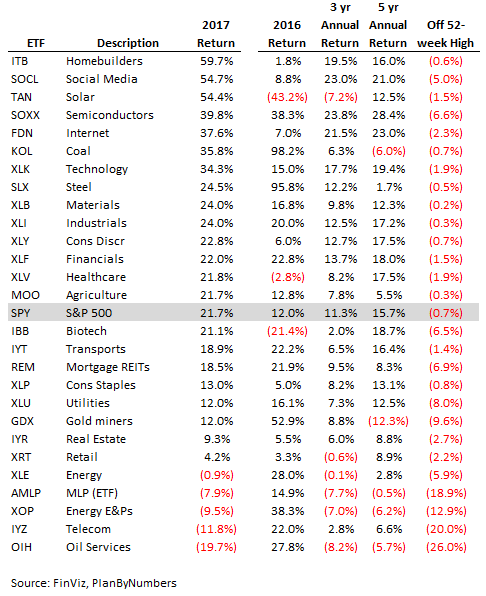 Let’s take a look at some individual stocks. Exhibit 2 shows 20 best performing companies in the S&P 500. A lot of tech and healthcare names as well as economically sensitive ones. The laggards are overwhelmingly energy plays and out of favor consumer/retails stocks (Exhibit 3). Well-documented troubles at once-mighty General Electric cut its market value by 42% in 2017. 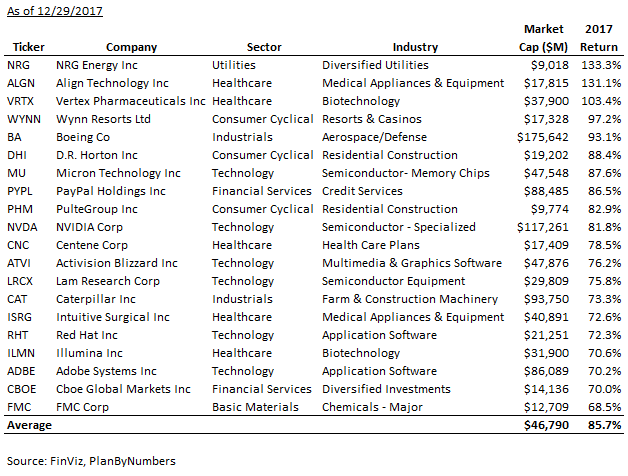 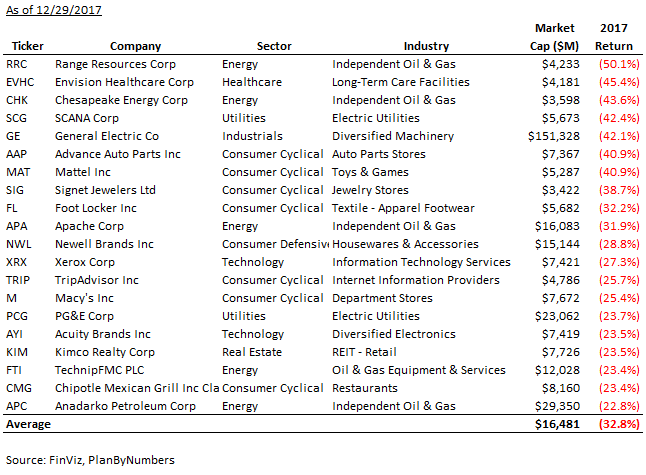