Continuing with the year-in-review series, I am going to take a look at the International markets in this post. Emerging and Frontier Markets led to the upside in 2017 (Exhibit 1). In fact, every foreign flavor except the currency-hedged ones did better than the domestic market, which had a very solid 22% return! $USD dollar’s 9% drop had a lot to do with this picture as translating already strong home currency returns into weak dollar is a big tailwind. U.S. is still king on the longer 3- and 5-year timeframes, so international leadership is still in the very early stages. 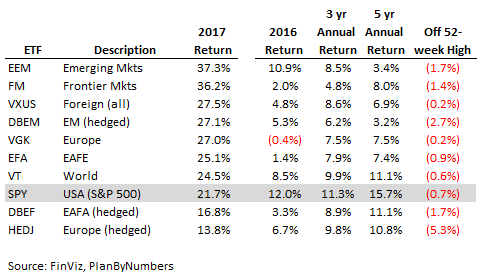 Exhibit 2 is more granular and shows the performance of single-country ETFs. There doesn’t seem to be a theme with a diverse cluster of countries near the top posting 40-50% returns. Some were catching up after a weak 2016 (Poland & India) and some South American nations continued 2016 strength (Argentina & Chile). Even Greece was up 35%! U.S. was in the lower part of the field between Sweden and the U.K. which is embroiled in Brexit. On the very bottom were two oil-rich countries that have issues with the international community – Russia and Venezuela. NAFTA-bound Canada & Mexico also lagged behind in 2017. 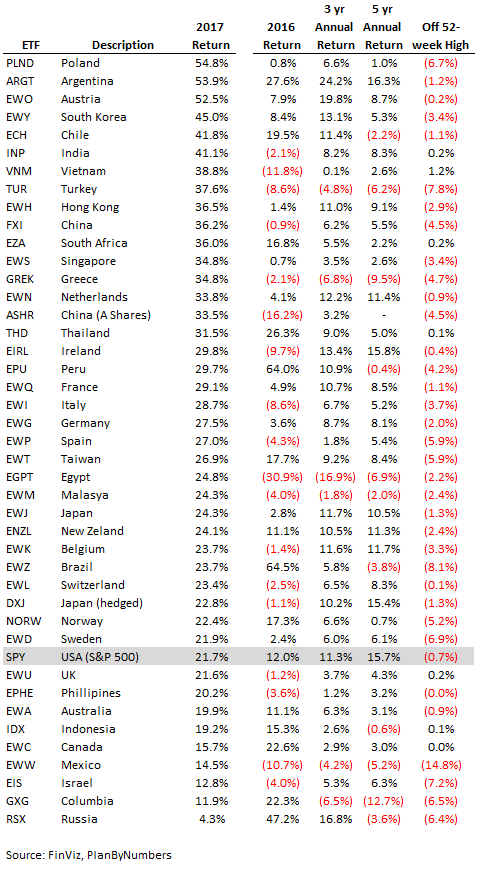