2016 was quite an eventful year. There were several major terrorist attacks in Brussels, Nice & Berlin (and that’s just the Western cities). Civil war in Syria escalated even more (how?) and culminated in Assad taking Aleppo with Russian support.  There was a slew of shootings by and of police officers around the U.S. leading to mounting community tensions.  We were also “blessed” with Zika outbreak in South America on the eve of Rio Olympics.

Politics around the world were a mess too. Populist votes won in Brexit and Italian referendums, but perhaps most surprising was Donald J. Trump winning the U.S. presidential election! Central Banks around the world kept busy – many took interest rates negative (Japan & ECB).  Federal Reserve, on the other hand, raised the rates by 0.25% but not until December 14.

In the business world we saw new inversion rules and a merger mania led by AT&T’s offer to buy Time Warner for $85 billion. In addition, we had several big scandals at Wells Fargo, Theranos, Samsung, Fox News, and Mylan among others. And I don’t even want to think about all the talented people that died in this unusually crappy year. 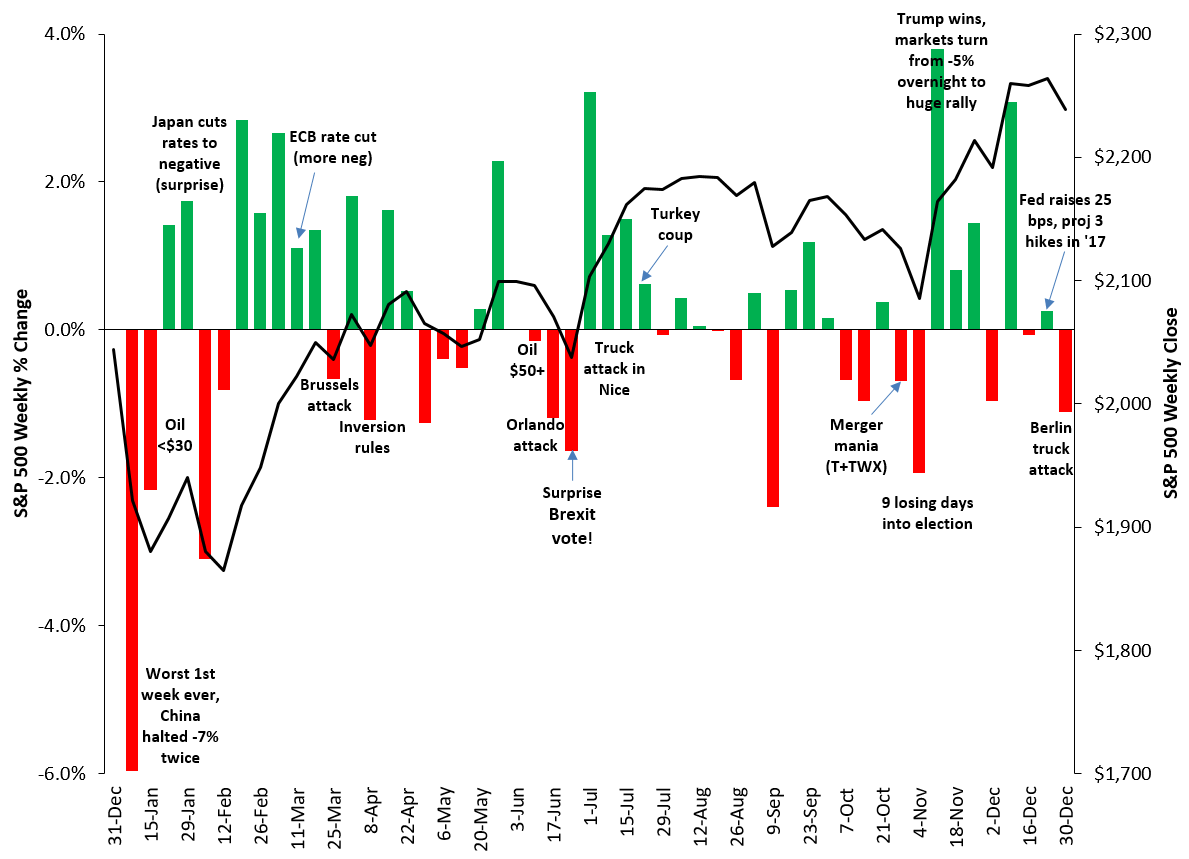 Exhibit 2 shows YTD returns as of each month for the past few years.  If 2015 was quite similar to 2011, 2016 followed the blueprint from 2014. There were several distinct stages to how the market year progressed. We started with a big selloff into February 11, then recovery into & post Brexit vote, and finally a big rally out of the presidential election to finish the year. Exhibit 3 breaks down how major asset classes performed at each stage. Most risk assets sold off sharply into the market low of February 11, while quality bonds and gold were traditional safe-heavens.  Markets recovered nicely before the U.S. election. Then after Trump’s victory they turned on turbo boosters to finish the year in a roaring fashion. Small caps, oil and financials led the rally. It was the opposite for “safe” assets – bonds and gold sold off (taking Emerging Markets along for whatever reason). 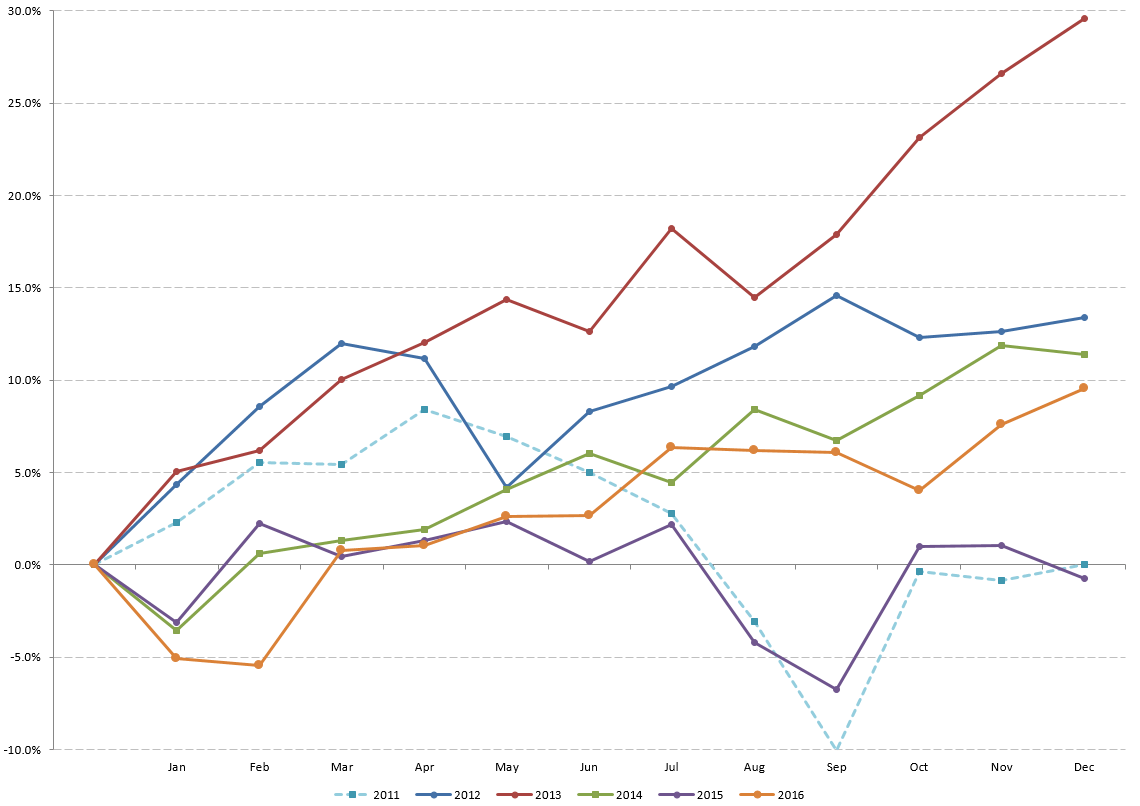 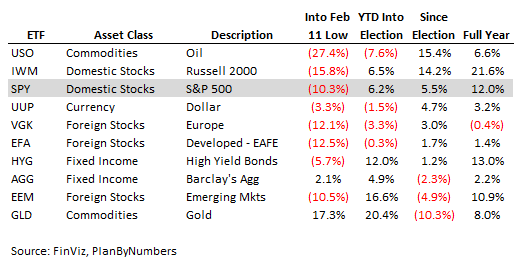 So there you have it, a lot of crappy news and unexpected votes around the world but still a solid year for the U.S. stocks.  In the next post, I will take a closer look at the performance of other asset class in 2016.