Continuing with my 2016 year-in-review series, let’s take a look at U.S. sectors and industries. Select resource plays and cyclicals had a banner year (Exhibit 1). A lot of it was just mean-reversion from terrible 2015 (and before) those industries had, but some can be attributed to economic optimism going into the election and post Trump victory. Many tech, healthcare, consumer and real estate ETFs were at the bottom of the table. Once again, mean-reversion played a big role, while structural issues explained others (retail, solar). 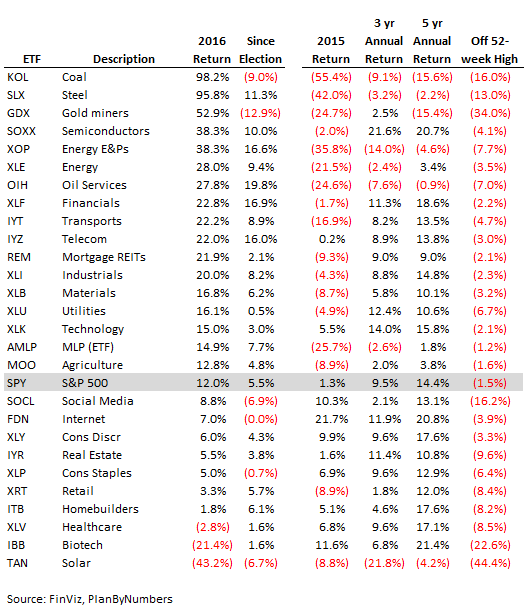 Let’s take a look at some individual stocks. Exhibit 2 shows 20 best performing companies in the S&P 500. A lot of surprising and not well-known names there. Basic material, select techs, financials and industrials dominate the chart (mean reversion strikes yet again). The laggards are overwhelmingly biotech plays with a few consumer story-stocks (Exhibit 3). 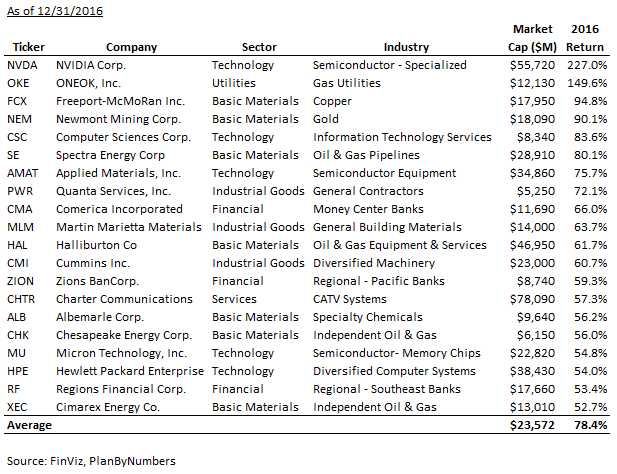 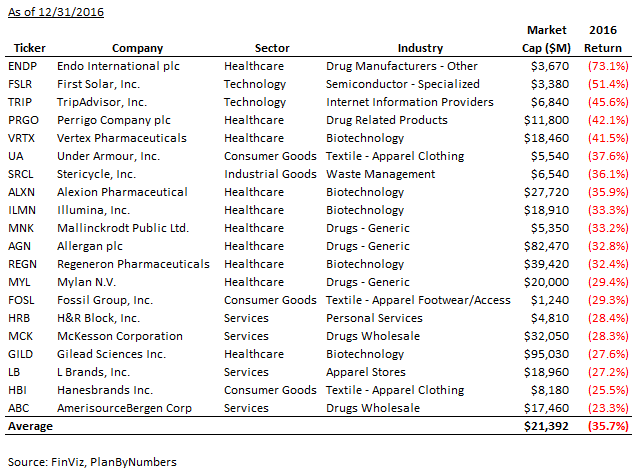