Continuing with the 2016 year-in-review series, I am going to take a look at the International markets in this post. U.S. was at the top of the list followed by the Emerging Markets (Exhibit 1). Europe and other developed markets continued to underperform. Dollar drag wasn’t nearly as strong as prior two years but it still worked against foreign ETFs. Emerging and Frontier countries underperformed after the U.S. Election. 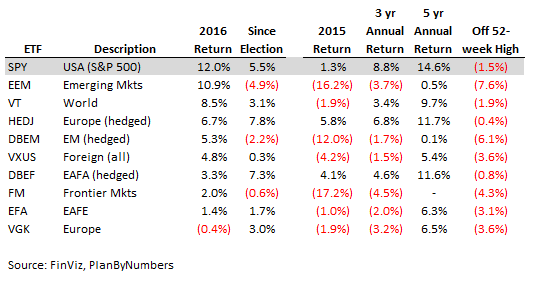 Exhibit 2 is more granular and shows the performance of single-country ETFs. At the top, there are bunch of developing and resource-rich countries.  In most cases it was driven by mean-reversion from a tough 2015. 5-year numbers are still horrible for most of them. At the bottom of the table there are many ETFs with country-specific drivers: Egypt is a mess, China & Vietnam are adjusting to tough trade rhetoric, Mexico is beefing with Trump, weaker European economies are still struggling. 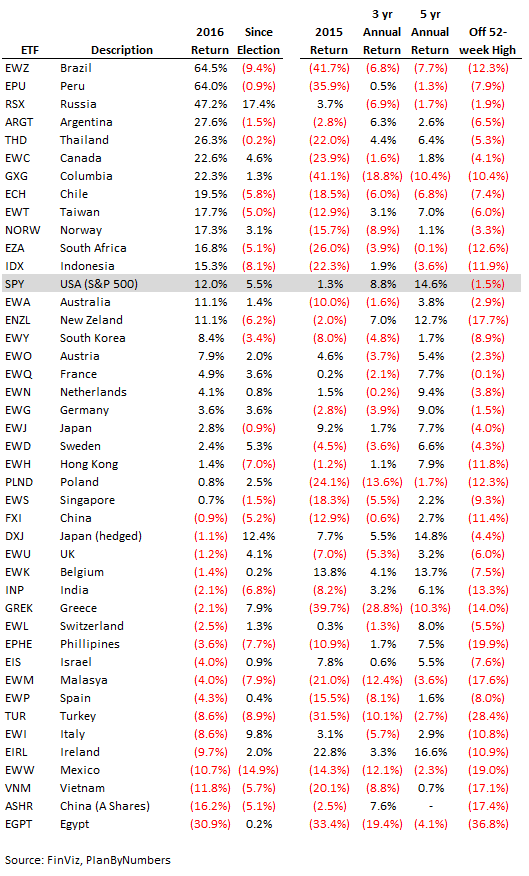