I was looking through some of my performance spreadsheets and was surprised by some of the movement going on under the relatively flat surface. There have been some sneaky movers that I wasn’t really aware of.  So I figured I’d share a few interesting observations: 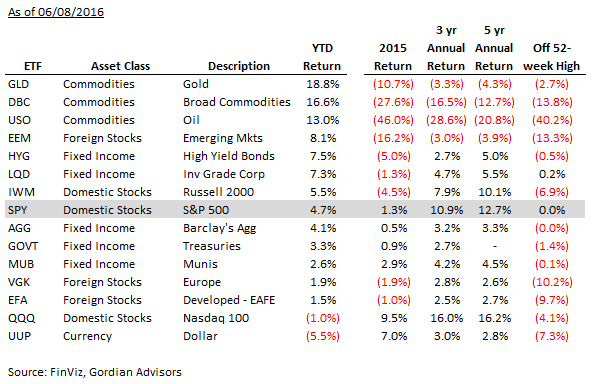 Style box – after getting battered last year, mid and small cap stocks are outperforming (particularly on the value side). Note that this chart uses S&P indices, not Russell 2000 – thus the discrepancy with the above table. In fact, Russell 2000 has been a very poor way to invest in small cap compared to most other benchmarks! 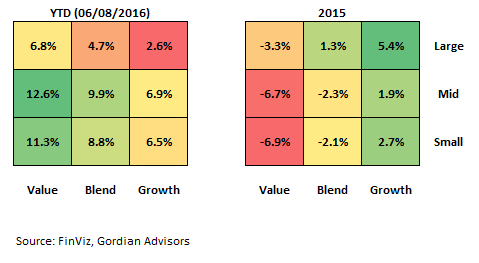 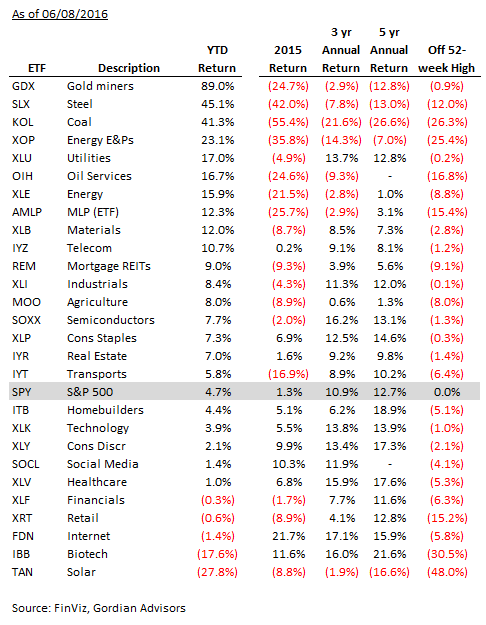 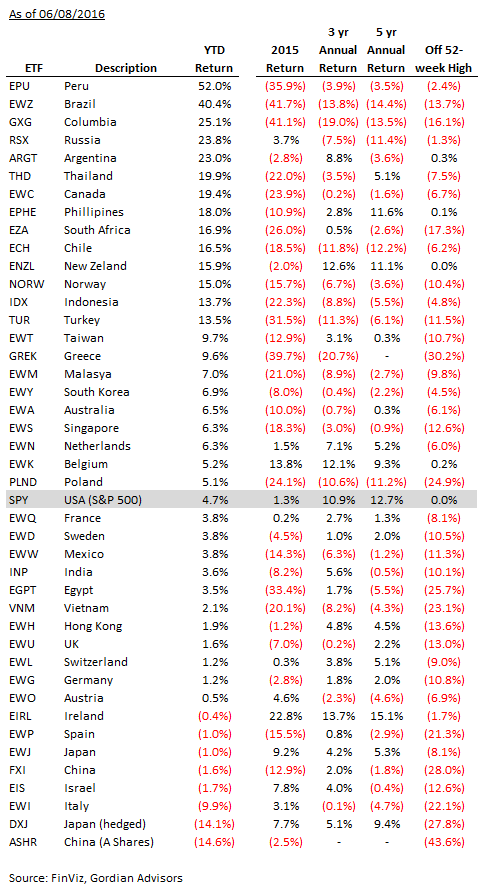 Overall, the theme this year seems to be mean reversion. Formerly hot investments are taking a break, while there is some bargain-hunting in the beaten down areas.