Looking at 2015 headlines it was quite an eventful year – two major terrorist attacks in Paris and one in California, oil price meltdown (contributing to instability in Middle East and Russia), Grexit drama in many acts, Fed raising rates (after a lot of hand-wringing). There was also a big run-up and subsequent crash in Chinese stock market. Not to be outdone we had our own “ETF Flash Crash” on August 24. In addition, we had Volkswagen emission scandal, Turkey (a NATO member) shooting down Russian warplane and a reckoning in Puerto Rican bonds.

Nevertheless, U.S. stock market had a flat and relative boring year with S&P 500 falling 0.73% (although it rose 1.38% if you include dividends). Exhibit 1 shows the weekly % changes in the S&P (green and red bars) and the level of the index (black line).  The annotations are the major stories of the year that affected the markets.  It’s not meant to be a comprehensive list, just my personal observations. 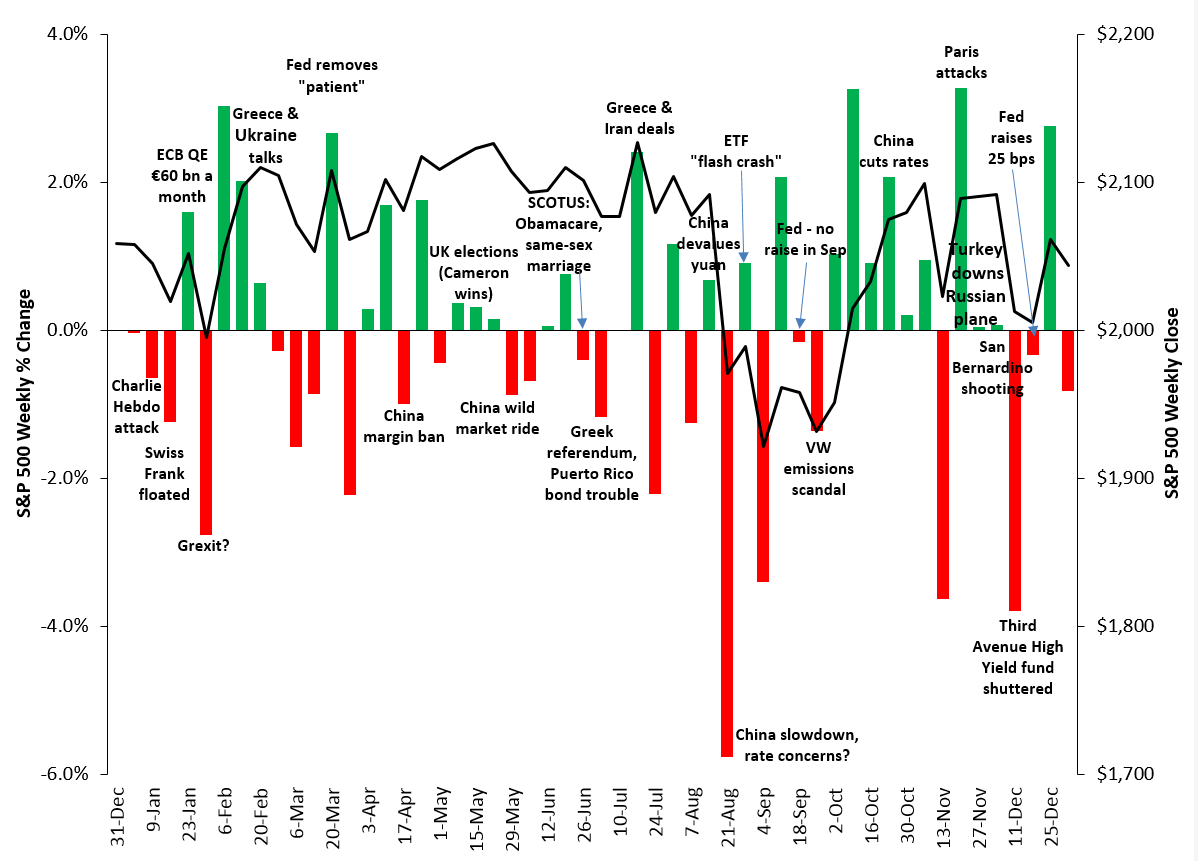 Exhibit 2 shows YTD returns as of each month for the past few years. In 2015 the market just never got off the ground and remained within a few percentage points of the starting level. It was quite similar to 2011 in fact. There was a gut-wrenching 12% pullback in August/September for no particular reason (the one in 2011 was due to a downgrade of U.S. credit rating and debt ceiling stand-off). 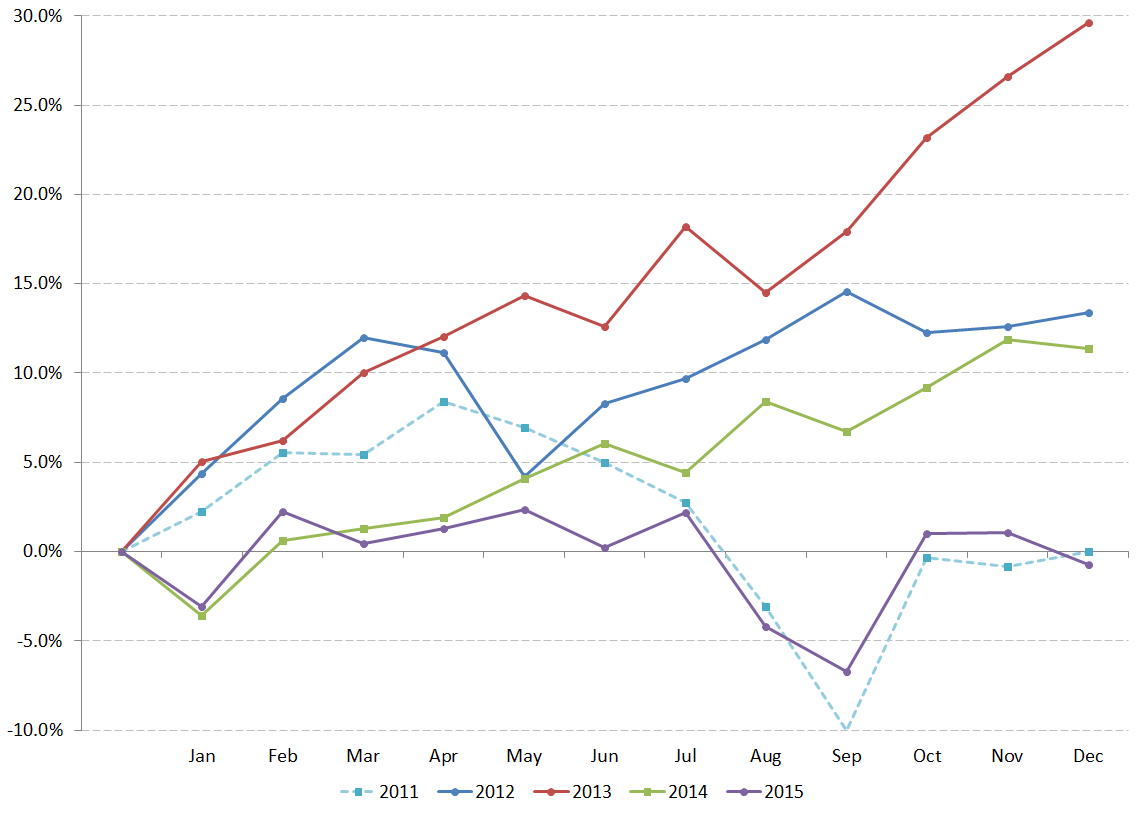 Another storyline that got a lot of play in 2015 was deteriorating breadth and that only a handful of names were keeping the market afloat (FANG). The S&P 500 breadth was pretty mediocre but not horrible with 215 names positive (Exhibit 3). The average % change for stocks in the index was -3.73%. 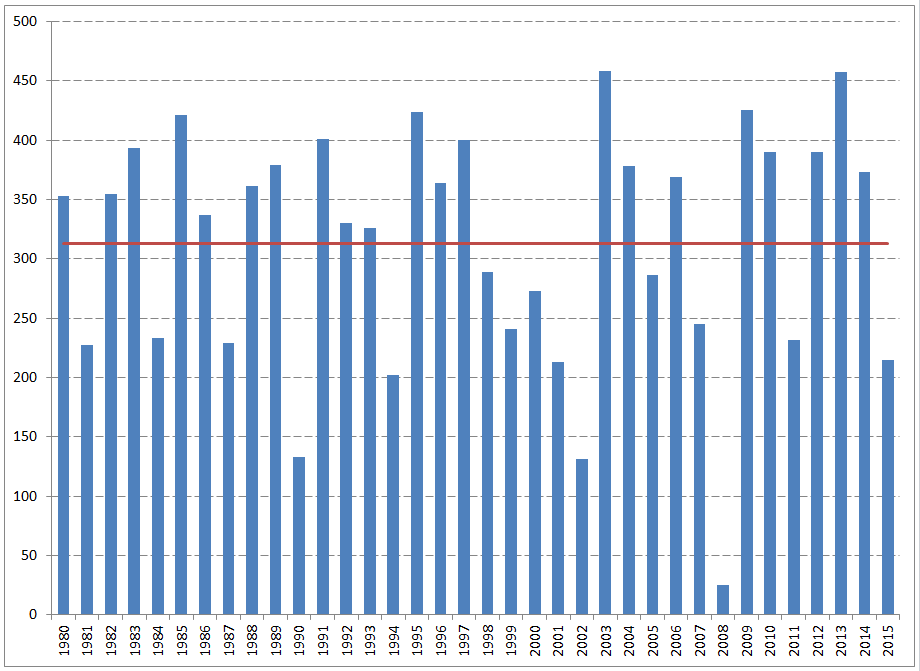 So there you have it: lots of hand-wringing but a pretty “meh” end result. In the next post, I will take a closer look at the performance of other asset class in 2015.