Given what’s been going on in the markets in the past three weeks, this seems like a silly exercise but I’m going to continue with my 2015 year-in-review series to have a record of what my thoughts on the year were. In this post I am going to take a look at U.S. sectors and industries.

Internet (FANG) had a great year and biotech continued its exceptional streak (Exhibit 1). Although IBB peaked in July and has had a significant drop since then as investors are starting to wonder if such a strong run driven by sky-rocketing drug prices can continue. Consumer stocks (both discretionary and staples) had a good year as strong job market and glimmers of wage growth inspire spending optimism. Tech and homebuilders also did well.

The bottom of the table is dominated by energy and resource plays (sentence verbatim from 2014 review).   Oil prices have been in free fall and are still searching for a bottom below $30 a barrel! MLPs, which are supposedly insulated from commodity prices, finally succumbed to as well. After years of growing distributions (dividends) and loading up on cheap debt, they started cutting payouts and income investors are fleeing in droves. 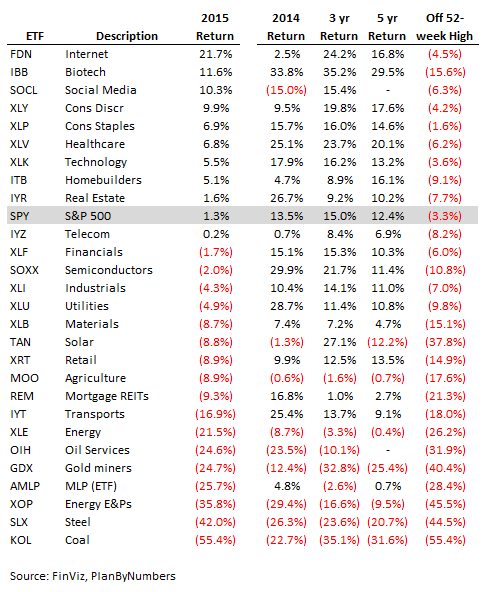 Let’s take a look at some individual stocks. Exhibit 2 shows 20 best performing companies in the S&P 500. A lot of usual suspects there with Internet and growthy consumer plays. Two surprises I see are a tobacco company with 50% return and a meat packing one with 55%. The laggards, on the other hand, are overwhelmingly energy plays with a few consumer story-stocks and legacy retailers (Exhibit 3). 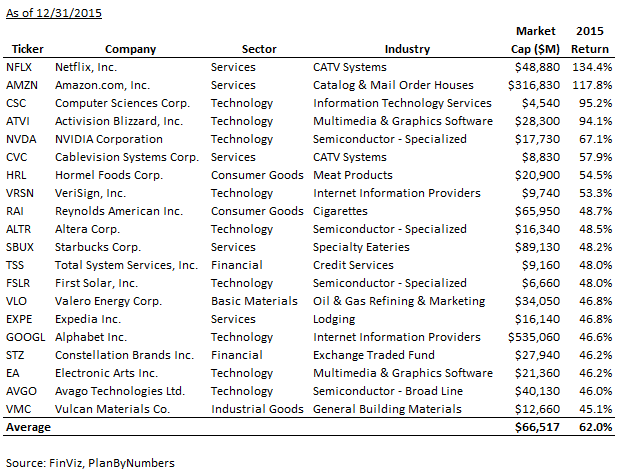 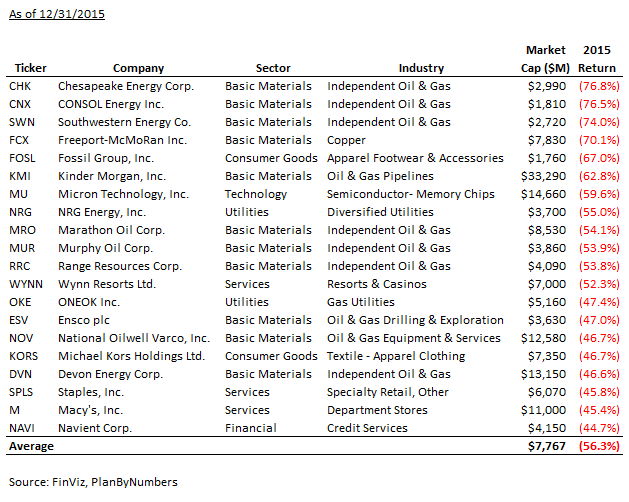