Continuing with the 2015 year-in-review series, I am going to take a look at the International markets in this post. Currency-hedged developed markets were at the top of the list followed by the U.S. (Exhibit 1). Once again, strong dollar was a big contributor to underperformance of International markets. Frontier and Emerging markets had another crappy year. 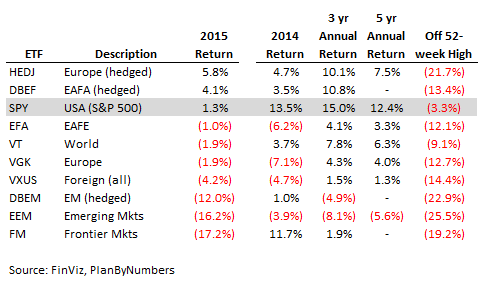 Exhibit 2 is more granular and shows the performance of single-country ETFs. At the top, there are bunch of small European countries, Japan and Israel. Incredibly, Russian stocks bounced off the floor after getting cut in half in 2014. Its fellow basket case Greece continued straight down, however. Developing markets from Latin America to Middle East to Asia had a tough go. Canada was near the bottom driven by large natural resources exposure and very weak currency. Other resource economies such as Norway, Australia and Mexico also lagged. 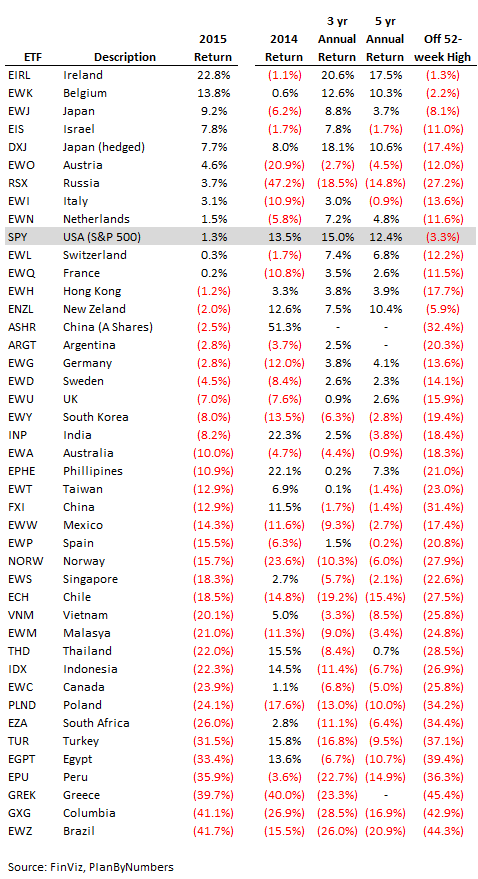 One particularly interesting case study was Chinese A Shares (Exhibit 3). Early in the year, it had a huge run up peaking at +48% on June 12. It then proceeded to decline precipitously prompting all sorts of unconventional regulatory responses. It bottomed out at -19% in late August and crept back up in the next few months. Despite a wild ride with a huge 67% range it ended the year pretty much where it started. For reference, SPY had a range of about 12% (+4% to -8%) in 2015. 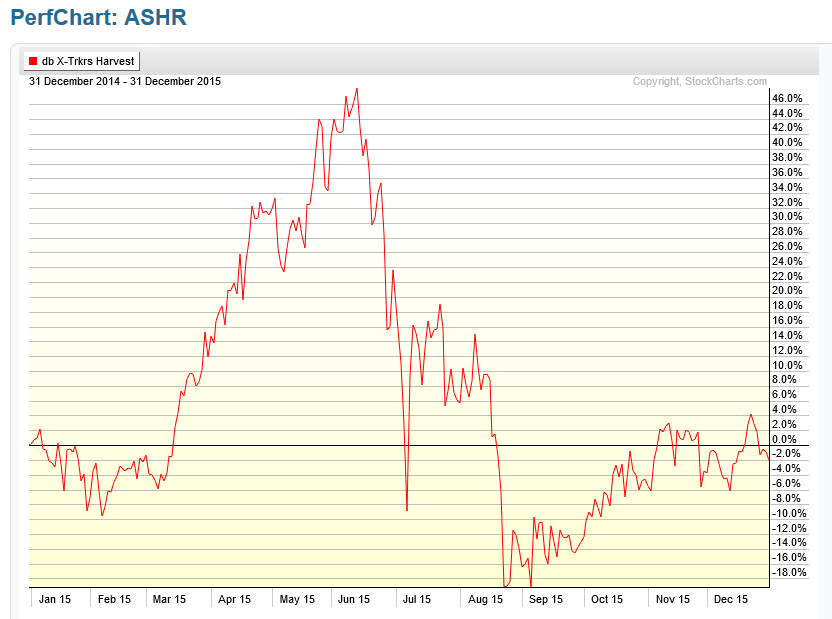