Continuing with the 2015 year-in-review series, I am going to take a look at broad asset classes in this post. Growth stocks in Nasdaq 100 were best overall performers (Exhibit 1). The dollar had another strong year building on large gains in 2014. Most of the fixed income investments did ok, while foreign stocks lagged once again particularly on the Emerging Markets side. Commodities overall and crude oil in particular had a horrible year (exactly matching a horrible 2014)! 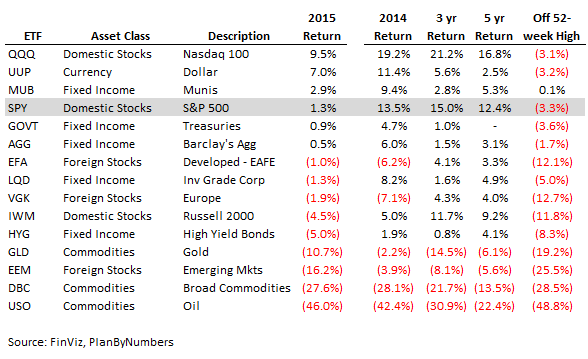 Digging a little deeper into domestic stock market, Large Caps (particularly growth) did relative well (Exhibit 2). Mid- and small cap growth did ok, while those value categories lagged. This was a second year in a row where small caps have underperformed significantly. 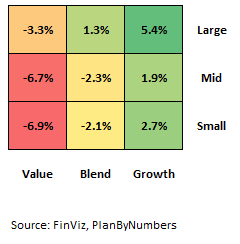 Switching gears to fixed income – munis, preferreds and shorter treasuries had a decent year (Exhibit 3). Floating Rate and High Yield had another crappy one, largely driven by energy collapse. International bonds came in negative but most of that can be attributed to the strong dollar. Vanguard’s BNDX which hedges its currency exposure had an ok return of 1.2%. 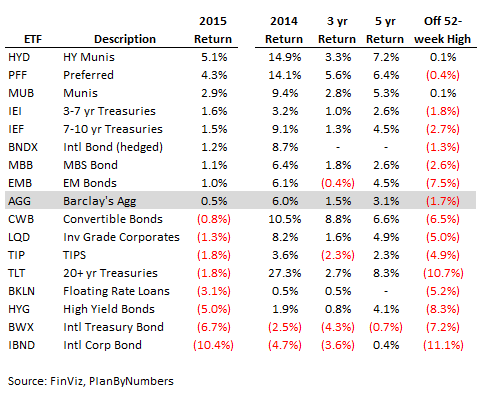 In the next post, I will take a closer look at sector performance in 2015.