It was another good year for the U.S. stocks with S&P 500 rising 11.4% (price-only, or 13.7% including dividends). Once more, it was a case of “climbing the wall of worry” for the market. A short list of scary headlines included VA hospital scandal, Ukraine conflict (including shot down Malaysia Air plane), child migrant crisis in the U.S. (and many migrant sea incidents in Europe), Israel/Gaza conflict, ISIS, Ebola, ending QE, Bill Gross leaving PIMCO, Scotland independence referendum, big oil price drop, meltdown of the Russian economy, racial tensions after Fergusson, North Korea (allegedly) hacking Sony, etc. 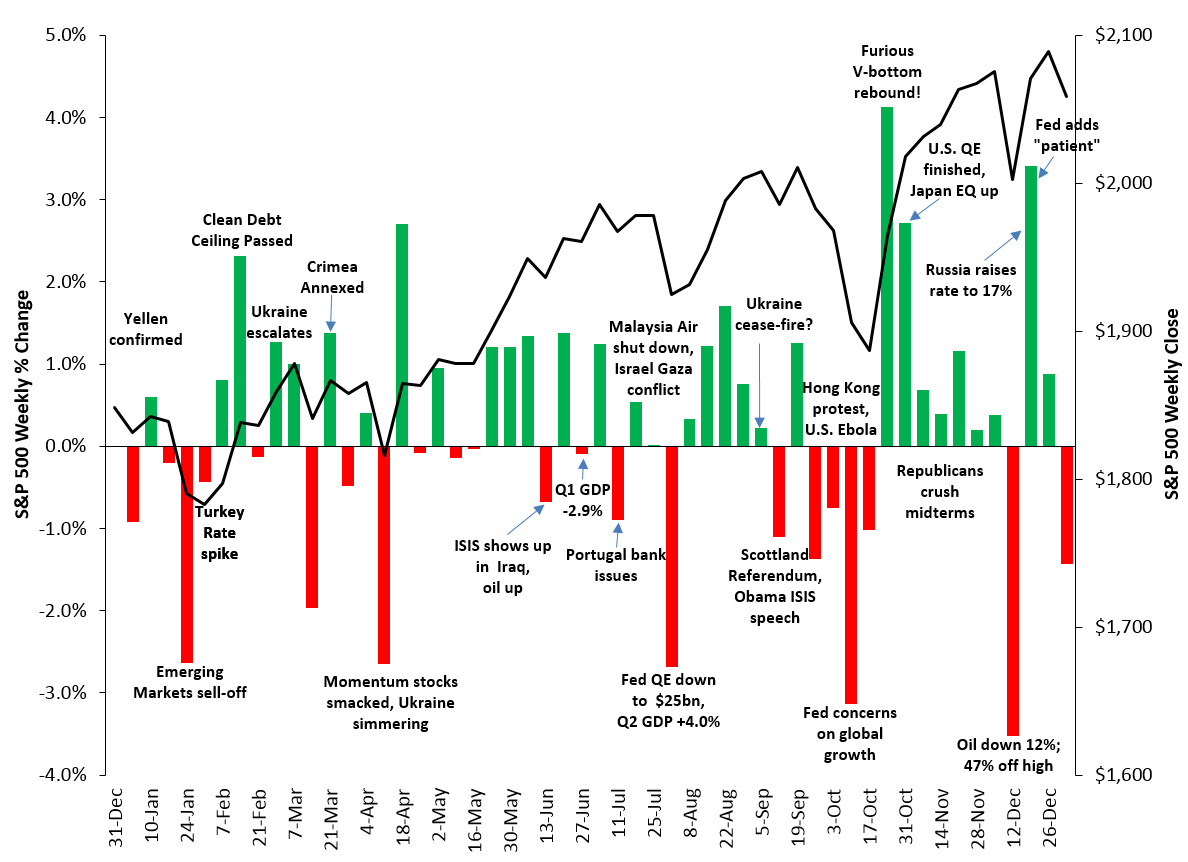 Despite a respectable end result, the market did have a few decent pullback during the year (Exhibit 2). The worst one came in October, just before the midterm elections. S&P almost hit the 10% threshold typically considered a correction, but not quite. So the streak continues with no meaningful correction seen since August 2011 (driven by debt ceiling fight and subsequent downgrade of the U.S. credit rating). 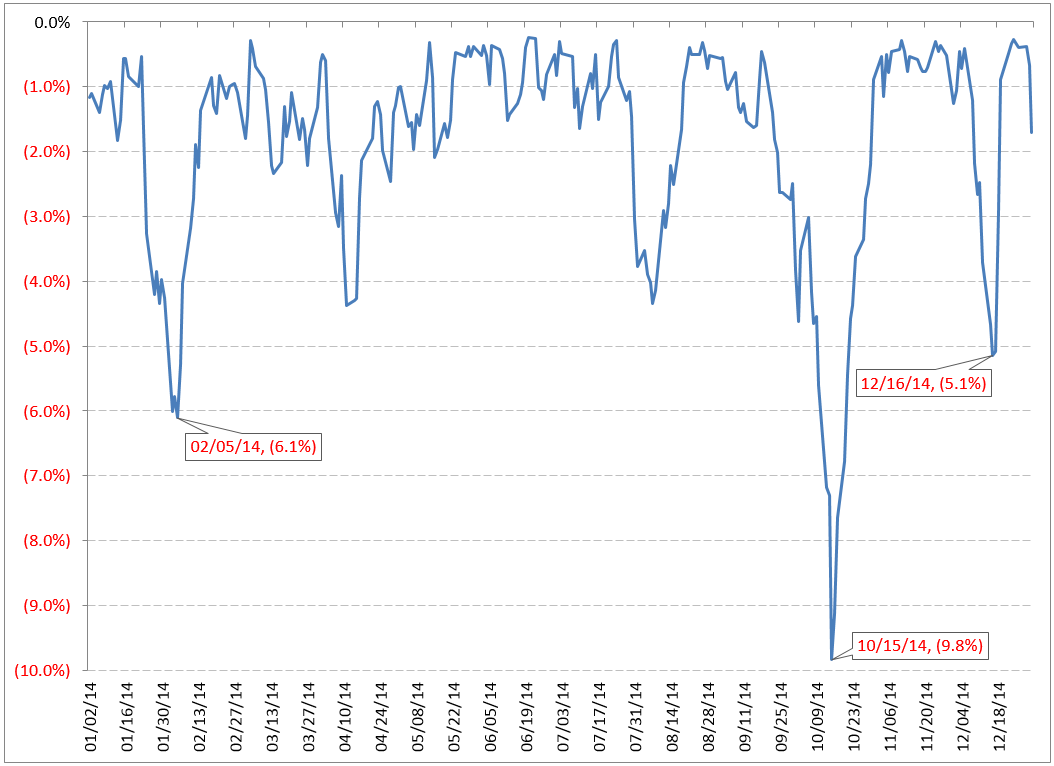 The year started off on a negative note, but weak January was followed by five positive months in a row (Exhibit 3). February, August and November were the strongest months. Interestingly, despite historically being the strongest month (September & Seasonality – Silly or Smart?), December turned in a negative return driven by high volatility in the oil/energy sector and the related economic turmoil in Russia. 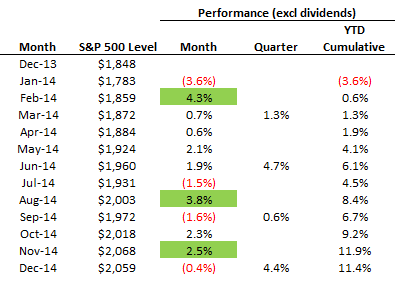 In the next post, I will take a closer look at the performance of other asset classes in 2014.