Continuing with the 2014 year-in-review series, I am going to take a look at U.S. sectors and industries in this post. Biotech continued its strong run coming in at the top of the list (Exhibit 1). After years of trading sideways, this group took off in 2011 as investors seeking growth areas piled in. Its 5-year annualized return is double S&P 500’s. Can such a strong run continue?

Semiconductors are sensitive to the economic cycle and their continued outperformance is a bullish sign. Utilities, on the other hand, are a yield play and had a big year as interest rates unexpectedly declined. Similarly, real estate recovered from a poor showing in 2013. Transports had a good year as economy continued to strengthen and oil prices tanked.

The bottom of the table is dominated by energy and resource plays. All manner of energy stocks followed oil prices lower. After a HUGE run in 2013, solar stocks lagged as declining energy prices don’t bode well for relative attractiveness of alternatives. Gold miners had another poor showing as the dollar rose. The group now sports negative 16.2% annualized 5-year return vs positive 15.3% for the overall market (SPY). 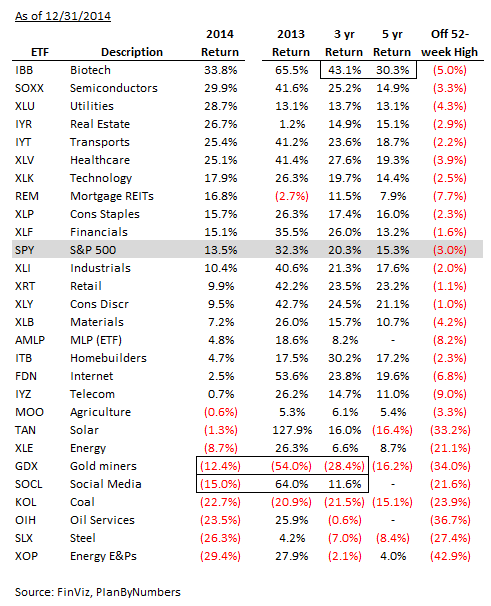 Performance of one industry group this year struck me as particularly amusing and instructional. Social Media ETF (SOCL) put together a huge run (even relative to very strong SPY) from June 2013 through March 2014 (Exhibit 2). Since then it has come back to earth and is now lagging the market. The amusing part is that it topped out two weeks after Facebook (FB) agreed to buy WhatsApp for $19 billion. Many consider this deal to be a poster child for the excessive excitement over the social media / internet space (particularly in venture-backed companies). It’s another example of investors [possibly] getting carried away – that applies both to individual investors and corporate buyers (remember AOL – Time Warner merger?). 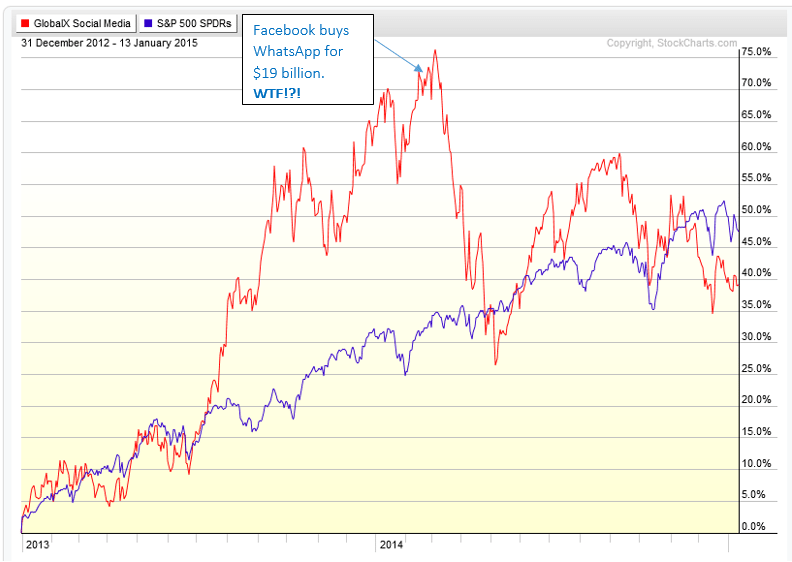 Let’s take a look at the 2014 returns for individual stocks. Exhibit 3 shows 20 best performing companies in the S&P 500. It’s an interesting mixture of travel, healthcare, consumer and tech names. The laggards, on the other hand, are overwhelmingly energy plays with a few consumer story-stocks (Exhibit 4). 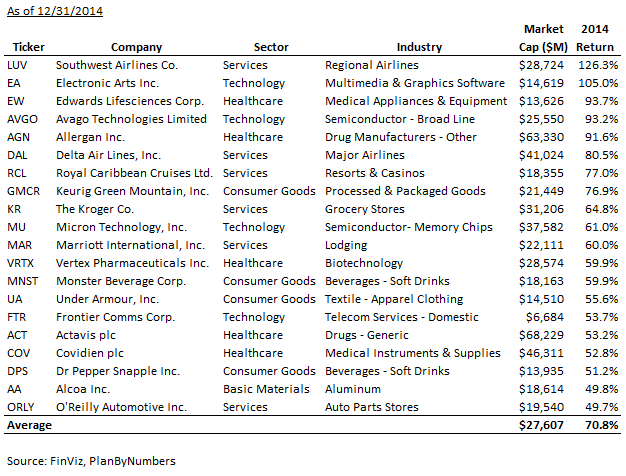 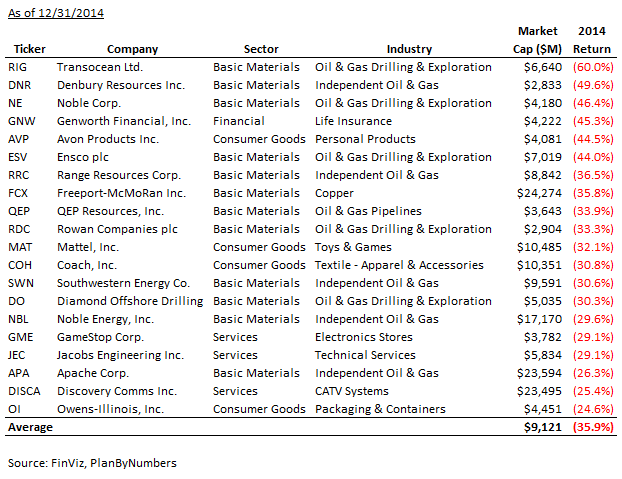