Continuing with the 2014 year-in-review series, I am going to take a look at the International markets in this post. Once again, U.S. was at the top of the list followed by currency-hedged foreign ETFs (Exhibit 1). Strong dollar was a big contributor to underperformance of International markets in 2014. For example, Europe lagged 21% behind SPY and 12% of it came from the currency impact. Frontier countries did ok, but cooled off significantly from 2013. Emerging markets actually outperformed developed countries for the year, but they still have atrocious 3 and 5-year numbers. 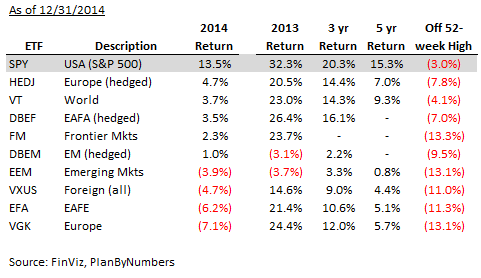 Exhibit 2 is more granular and shows the performance of single-country ETFs. At the top, Asian countries had a big bounce after a pretty brutal 2013. The basement is dominated by European ETFs as well as various emerging markets. Russia and Greece are well-documented basket cases that have been in the news lately. However, developed European nations didn’t have a great year either. 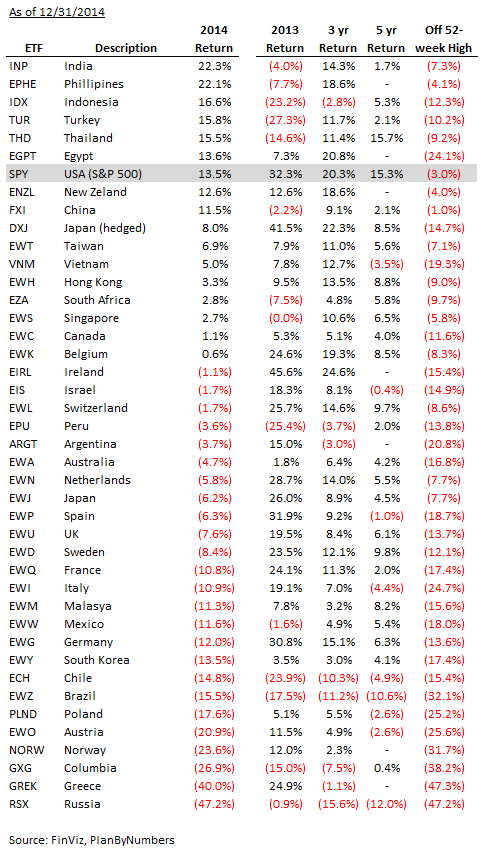