Imagine for a minute that you have spent all of 2013 on a deserted island with no access to news.  Upon your return you were told that you have missed:

What would be your guess of what the market return for the year was?  I bet it wouldn’t be +32.4% !  Yet that is what the S&P 500 returned as it climbed the proverbial “Wall of Worry” throughout the year. 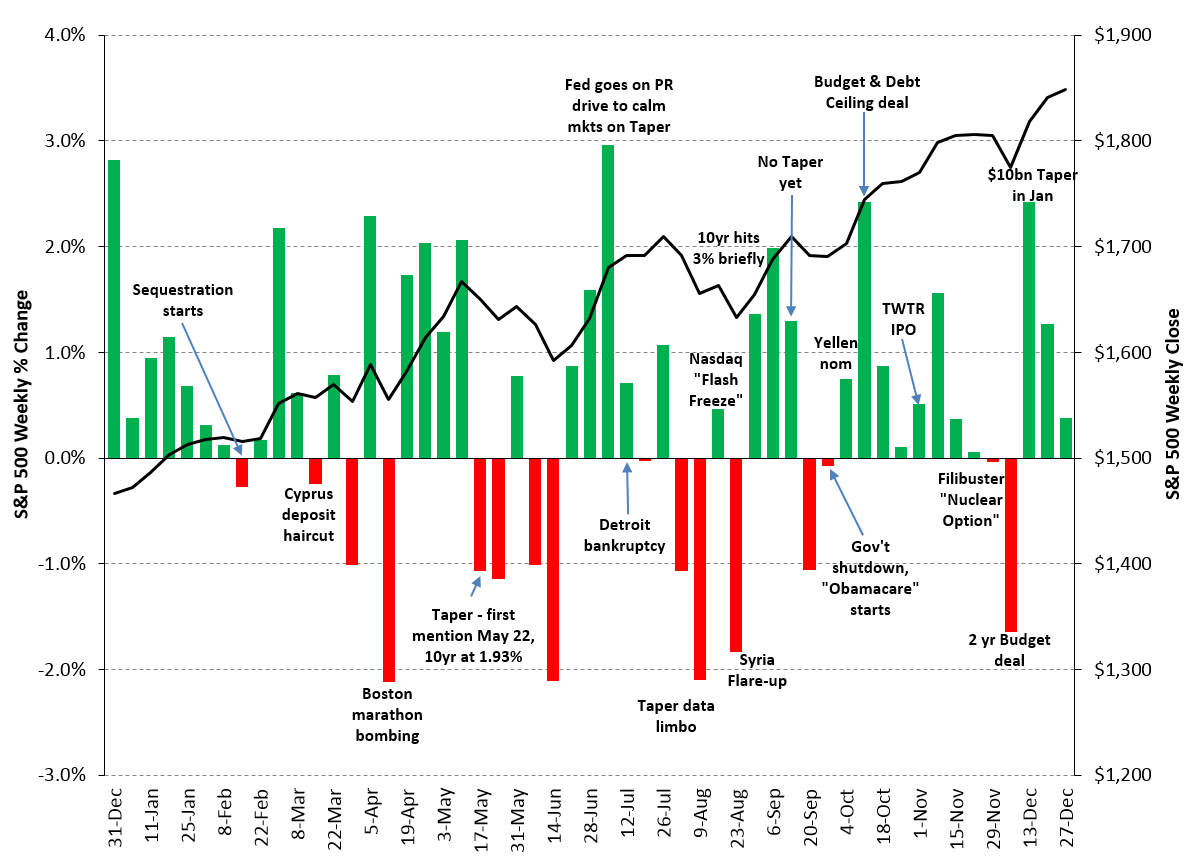 Throughout the winter and early spring, the lawmakers could not agree on a budget compromise, leading to the dreaded “sequester” – a series of budget cuts designed to be so severe and indiscriminate that passing of a fix was all but guaranteed.
In March, the Cyprus bank deposit haircut was the big story as investors feared it would lead to massive capital flight from the Eurozone.  Ultimately, the central bank agreed to a 47.5% haircut for international deposits over 100,000 euros.  Despite the public outcry, that crisis remained largely contained to Cyprus.

April brought the Boston Marathon bombing and the ensuing manhunt.  After a few quiet weeks, the Fed decided to throw a monkey wrench and announce impending “Taper”.  From the day before its first mention on May 22 to the short-term bottom in late June, the market dropped nearly 6%.  Despite an improving economic picture, the market was driven by Taper and the perverse situation when good news meant withdrawal of the stimulus and led to market sell-offs.  This prompted the Fed to go on the PR offensive to talk investors off the ledge.  While stocks recovered from the initial Taper blow, bonds didn’t fare as well.  10 year Treasury yield jumped from 1.93% on May 21 to briefly hitting 3% level in early September.  Throughout the summer, the market convinced itself that the Fed would begin tapering at its September meeting, so then they surprised everyone and decided to push it back (the market went up 1.22% on the news).  Finally, after the December meeting, they unexpectedly announced QE Taper of $10 billion a month starting in January.  Interestingly, the market went UP 1.66%, good for the 3rd best day of the year.

Another bit of excitement was “Nasdaq Flash Freeze” in late August, which was reminiscent of the market “Flash Crash” back in 2010.  “Obamacare” enrollment started on October 1 with the ensuing website disaster.  TWTR went public on Nov 7 at $26.  It jumped 72.7% on the first day of trading and then proceeded to rise an additional 42% to close the year at $63.65.  This was a much more successful IPO than its social media peer Facebook.

October brought with it an ugly battle over the budget and debt ceiling.  The lawmakers could not come to an agreement, bringing about a two-week government shutdown.  To everyone’s surprise, they finally managed to agree on a two year budget deal in mid-December, well before the deadline.  After the budget deal and Taper announcement, the market pretty much cruised the last 3 weeks into the record books (2013 turned out to be one of the better years in modern history – Exhibit 2). 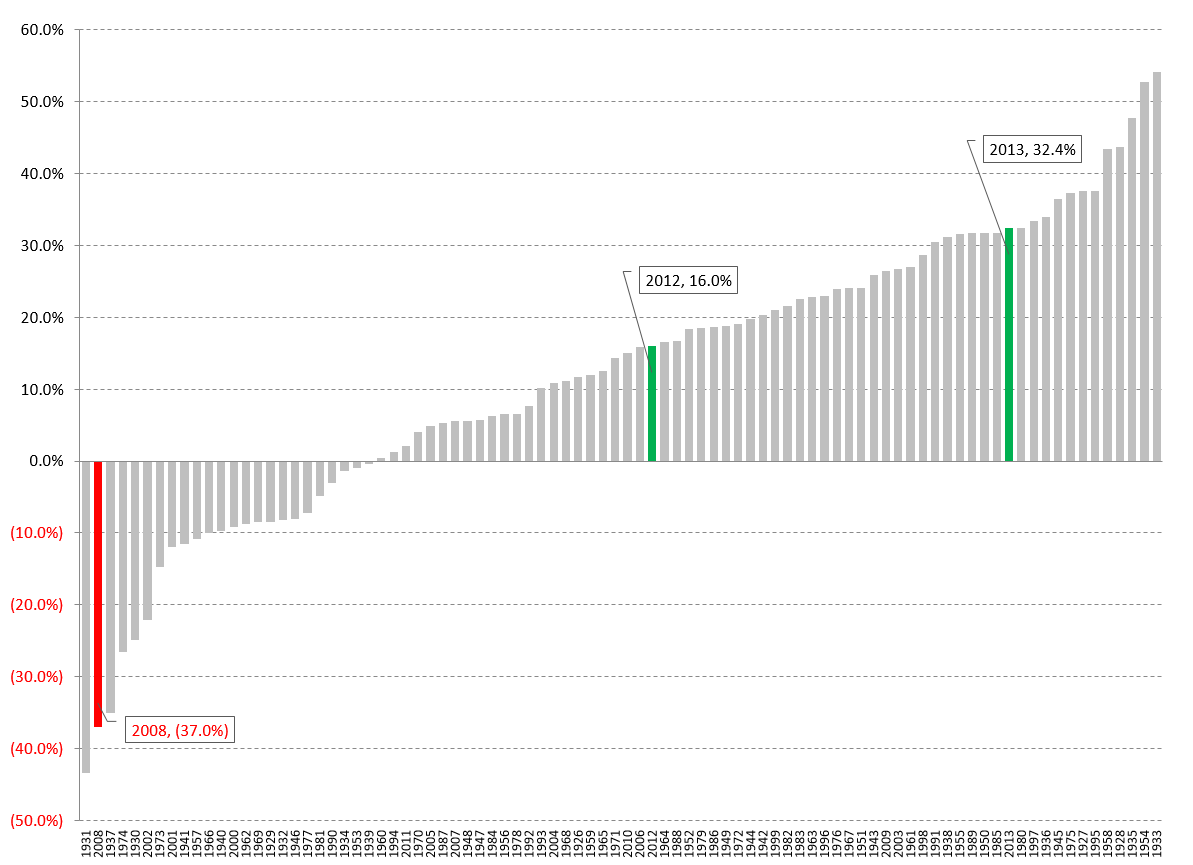 The year was strong throughout with only two negative months (Exhibit 3). January, July and October were the strongest months (interestingly those were all during earnings seasons). 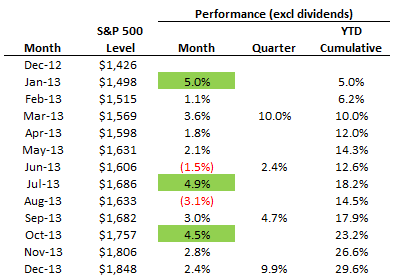 In the next post, I will take a closer look at sector and asset class performance in 2013.